The handset sporting Android 9 along with a 6.3-inch display and dual camera setup on the rear is priced competitively in India. 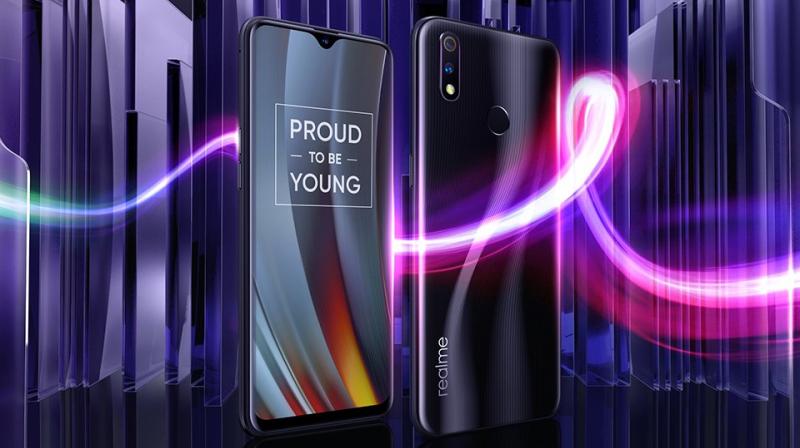 The Realme 3 Pro sports a 6.3-inch FHD+ display and a dewdrop notch

At an event in New Delhi, Realme has announced the Realme 3 Pro which as the name suggests is the Pro variant of the Realme 3 smartphone that was launched earlier this year. The handset will take on the Redmi Note 7 Pro and it comes with some exciting specifications such as a Snapdragon 710 SoC and a 25MP camera up-front housed in a dewdrop notch.

The Realme 3 Pro sports a 6.3-inch FHD+ display and a dewdrop notch which is the brand’s terminology for the waterdrop notch. This notch plays home to a 25MP selfie camera and the display is protected by Corning’s Gorilla Glass 5 which sits atop a 2.5D screen that aids in the user experience. The Realme 3 Pro features a gradient design on the rear which boasts an S-shape speedway pattern that’s said to be inspired by Le Mans circuit. The rear plays home to a dual-camera configuration and a rear-mounted fingerprint scanner. The handset is available in three colour options — Carbon Grey, Nitro Blue and Lightning Purple.

As mentioned earlier, the Realme 3 Pro features a dual-camera setup that includes a 16MP primary shooter with an F/1.7 aperture that’s assisted by an F/2.4 5MP secondary sensor. The primary camera is said to be a Sony IMX519 sensor that’s capable of superior photography. The Realme 3 Pro is capable of producing 64MP shots which are termed as Ultra HD where the handset uses pixel binning technology where four 16MP images get stitched together to achieve the 64MP image. The handset sports a 25MP f/2.0 sensor up front. There are a variety of camera modes here which include burst shot, nightscape, chroma boost portrait mode and HDR. Interestingly, the Realme 3 Pro is also capable of shooting super slow motion videos at 960fps at 720p.

The Realme 3 Pro boasts a Qualcomm Snapdragon 710 AIE SoC that’s been clocked at 2.2GHz and it’s been paired with an Adreno 616 GPU. This chipset has been paired with either 4GB or 6GB of RAM which is available with 64GB or 128GB of storage respectively. Additionally, for extra storage, an SD card up to 256GB can be used. What’s great about the handset is that it’s the first budget handset to support Fortnite. Apart from this, the handset features Hyperboost 2.0 and Gameboost 2.0 that will enhance the gaming experience.

The Realme 3 Pro comes with ColorOS 6 that’s based on Android Pie. The handset utilises a 4045mAh battery that supports OPPO’s VOOC 3.0 fast charging. The handset ships with a 20W charger as part of the packaging.

The Realme 3 Pro is priced at Rs 13,999 for the 4GB version while the 6GB variant is priced at Rs 16,999. The handset will go on sale from April 29 on Flipkart and Realme.com. There are various launch offers as well with HDFC bank card owners being able to avail of a Rs 1,000 off while Jio customers can avail of benefits worth up to Rs 5,300. The company has stated that the Realme 3 Pro will be available on offline retail channels as well.