The phone is one of the most powerful feature phones in its segment with 2.8-inch display and powerful box speaker. 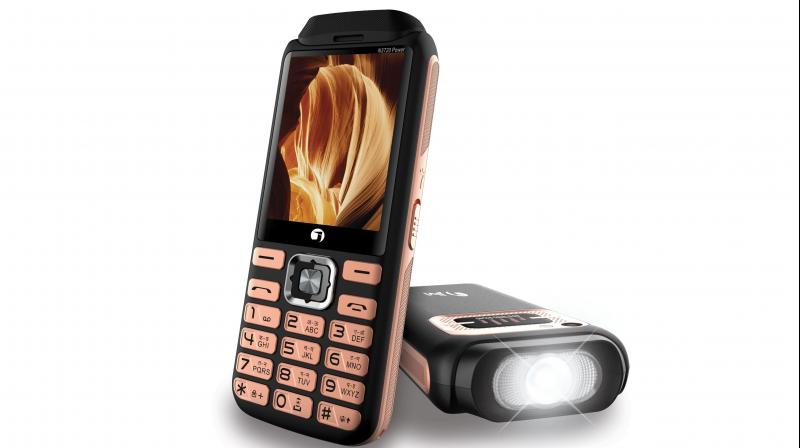 N3720 Power has been launched in two variants Black gold and Black blue at a price of Rs 1,799.

India’s fasting growing home-grown mobile phone brand Jivi MobileS has launched its latest feature phone - N3720 Power in the Jharkhand market. The phone is equipped with innovative feature of “Smart connect” which enables users to connect other Smart/feature phone with N3720 via Bluetooth that enables receiving calls, sync Phonebook, SMS’s and music library can be synced and played onto its boom speaker of another phone. It helps the user to save the battery of his Smartphone if connected with N3720 power.

The phone is one of the most powerful feature phones in its segment with a 2.8-inch display and powerful box speaker for the powerful sound which provides a cinematic experience to the users. Also, N3720 Power is equipped with slots for three SIM cards.

N3720 Power has been launched in two variants Black gold and Black blue at a price of Rs 1,799.

The phone is also equipped with the features like Smart Connect Powerbank which helps in charging another phone with Direct USB Charging Output via a 4000mAh battery. Other features include big LED torch, MP3 & MP4 player, wireless FM Radio, mobile tracker, power saving mode, auto call recording, 3.5mm audio jack, internet services and expandable memory up to 128GB. With the launch of N3720 Power, Jivi Mobiles will enhance the user experience of the feature phone users in the country.