Google has finally revealed that O will be named after the well-known cookie brand Oreo. 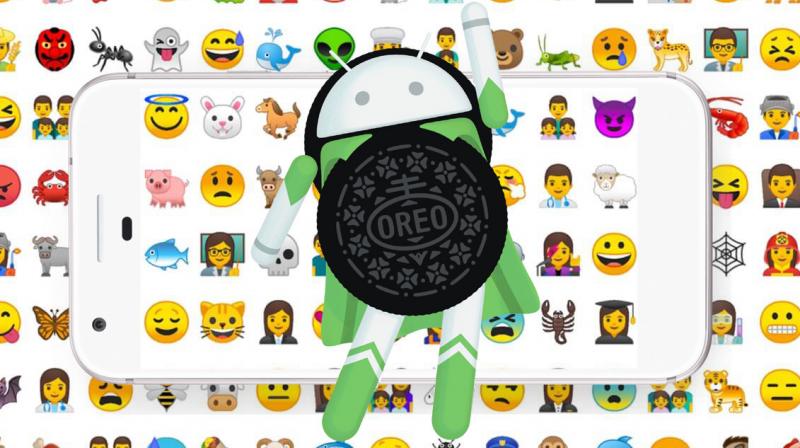 If you have a Google Pixel or Nexus, then you can taste the new cookie in town immediately. (Image: Google/Deccan Chronicle)

Speculations about the next version of Android were already floating months ahead of the final revelation, and now Google has finally pronounced the O as Oreo. As we all know, Google’s mobile operating system Android has always been named after a dessert and in an alphabetical order. Android’s version 8.0 is named after a well-known cookie brand Oreo. This is not the first time Google has borrowed the name from a brand — KitKat was also involved for an earlier version.

After more than a year of development and months of testing with developers and early adopters, Android 8.0 goes live. The new mobile OS version claims to bring in tons of new features, which includes picture-in-picture, autofill, integrated Instant Apps, Google Play Protect, a faster boot up and a few more. Google has already started pushing out the source codes to AOSP so that everyone (developers) can use and create their own third-party ROMS, and manufacturers can use them for upgrading their handsets accordingly.

As for now, the Pixel and Nexus smartphones are being tested by various carriers and the final roll out will hit the OTA servers within a few weeks. Google has also confirmed that they have been closely working with smartphone manufacturers, namely Essential, Huawei, HTC, Kyocera, Motorola, Nokia, Samsung, Sharp and Sony, who are scheduled to be launching and upgrading new devices to Android Oreo.

Well, now that Google took its chance and revealed Oreo during the rare Solar Eclipse this year, what new does Oreo bring to the table and what is in it for you? Find out.

Android 8.0 Oreo focuses on creating fluid experiences that aim to make Android even more powerful and easy to use. Some of the features are as below.

Picture-in-picture:  This new feature lets users manage two tasks simultaneously on any size screen, and it's easy for apps to support it.

Notification dots: It extends the reach of notifications and offers a new way to surface activity in your apps. Dots work with zero effort for most apps — it even extracts the colour of the dot from an icon. This though has been available on Samsung and LG smartphones from a pretty while.

Autofill framework: This simplifies how users set up a new device and synchronise their passwords. Apps using form data can optimise their apps for Autofill, and password manager apps can use the new APIs to make their services available to users in their favourite apps. Autofill will roll out fully over the next few weeks as part of an update to Google Play Services.

System optimisations: Google has worked across the system to help apps run faster and smoother — for example, in the runtime a new concurrent compacting garbage collection, code locality, and more, are added.

Background limits: Google has added new limits on background location and Wi-Fi scans and changes in the way apps run in the background. These boundaries prevent unintentional overuse of battery and memory and apply to all apps — make sure you understand and account for these in your apps.

Google has also made it easier for developers to build better and efficient apps.

Autosizing textview: Developers can use autosizing TextView to automatically fill a TextView with text, regardless of the amount. Developers can create an array of preset text sizes, or set min and max sizes with a step granularity, and the text will grow and shrink to fill the available TextView space.

Fonts in XML: Fonts are now a fully supported resource type. Developers can now use fonts in XML layouts and define font families in XML.

Downloadable fonts and emoji: With downloadable fonts, developers can load fonts from a shared provider instead of including them in your APK. The provider and support library manage the download of fonts and shares them across apps. The same implementation also supports downloadable emoji, so you can get updated emoji without being limited to the emoji built into the device.

Adaptive icons: Developers can now create adaptive icons that the system displays in different shapes, based on a mask selected by a device manufacturer. The system also animates interactions with the icons and uses them in the launcher, shortcuts, settings, sharing dialogues, and in the overview screen.

Shortcut pinning: App shortcuts and homescreen widgets are great for engaging users and now developers can let users add and pin shortcuts and widgets to the launcher from within your app. There's also a new option to add a specialised activity to help users create shortcuts. The activity is complete with custom options and confirmation.

Java 8 Language APIs and runtime optimisations: Android now supports several new Java Language APIs, including the new java.time API. In addition, the Android Runtime is faster than ever before, with improvements of up to 2x on some application benchmarks.

Android 8.0 is the first release of the Oreo series and there will be more improvements in Oreo’s life cycle in form of Android 8.1.1 and so on. The current release is the first public iteration of Oreo with the possibility of some unknown bugs. If you have a Google Pixel or Nexus, then you can taste the new cookie in town immediately. Phones with custom Android versions will receive the update depending on how fast their respective manufacturers oblige with the implementation.