Samsung has just made the midrange Exynos 9610 chipset official with focus on performance and premium camera features. 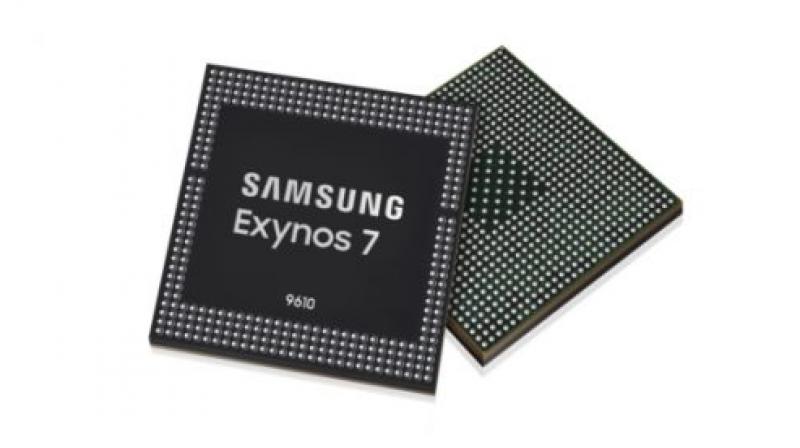 Samsung’s smartphones in India are mostly powered by their home-brewed Exynos series of chipsets. Recently, we saw their flagship Galaxy S9 debuting with the flagship Exynos 9810 chipset whereas the midrange premium Galaxy A8+ 2018 debuted with rather average Exynos 7885 chipset. Samsung, however, feels that its midrange phones could do with more power and features, which is why they have announced their latest premium midrange chipset — the Exynos 9610.

One look at the specification sheet and the Exynos 9610 impresses performance nerds — it’s built on the 10nm FinFET process and comprises of 4x Cortex-A73 cores clocked at 2.4GHz as well as 4x Cortex-A53 cores. The SoC features ARM’s second-generation ‘Bifrost’ Mali-G72 GPU. However, this is 2018, which means that most chipsets have to support neural networks, which the Exynos 9610 boasts of.

Samsung has built in deep learning-based image processing for better photography experiences. Image processing now depends on a neural network engine for “more intelligently enhanced face detection,” as well as single camera out-focusing and augmented low-light images. The face detection feature is claimed to be improved and the camera can also shoot bokeh photos through a single lens, relying on AI. The chipset can also shoot slow-motion videos up to 480fps in 1080p resolution.

In terms of connectivity, the Exynos 9610 also supports download speeds up to 600Mbps and upload speeds up to 150Mbps. There’s Bluetooth 5.0 and 802.11ac 2.2 MIMO Wi-Fi for dealing with all the other connection requirements. The chipset also sports an FM Radio module.

The Exynos 9610 is clearly an answer to Qualcomm’s recently announced Snapdragon 700 series chipsets, which is due to make its market debut sometime later this year. Expect Samsung to refresh its premium midrange Galaxy C series of smartphones with the Exynos 9610 chipset.