This hideous Game of Thrones Samsung Galaxy Fold can be yours for just Rs 5,71,445

A special edition Samsung Galaxy Fold is up for pre-order and this extremely rare version is limited to just seven units. 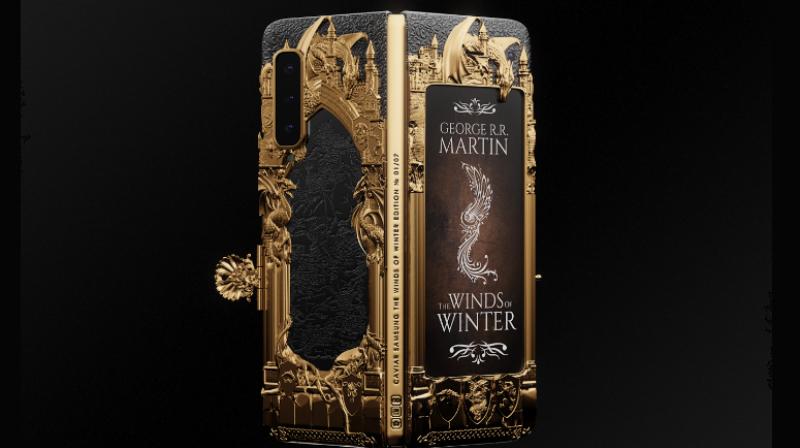 The Game of Thrones Caviar Samsung Galaxy Fold is based on The Winds of Winter.

It’s a given. Game of Thrones is huge and there are plenty of companies trying to cash in on this franchise by introducing their own versions of their products. HBO, the studio that produced Game of Thrones is well known for selling custom merchandise based on the super-hit TV show. Now, in what appears to be TV cross-breeding with technology, Caviar, a Russian brand known for introducing luxury customised devices such as the iPhone XS and iPhone XS Max are back at it again with a rare, limited edition Game of Thrones Samsung Galaxy Fold device. 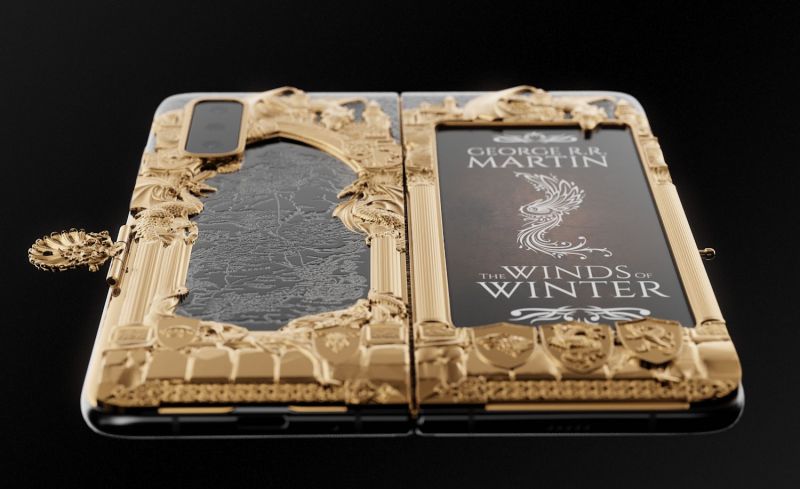 Being a luxury brand, you can expect the device to be sold in limited numbers and that’s exactly what Caviar is doing with the Game of Thrones version of the Galaxy Fold. The brand is manufacturing just seven units of the same and it most likely due to the Seven Realms that were featured heavily on the non-concluded HBO fantasy drama.

This limited edition Galaxy Fold is just for the die-hard fans out there and in our personal opinion, it looks pretty grotesque. The gaudy design of the handset is fitted with gold upon gold along with carved leather and embossed metal that not just makes it downright ugly, but also appears difficult to hold. Being difficult to handle is one thing, imagine putting such a huge device in your pocket, which we feel is nigh impossible, unless you wear cargo pants of course. Then, good person, we salute you for your dedication to the show and the device. 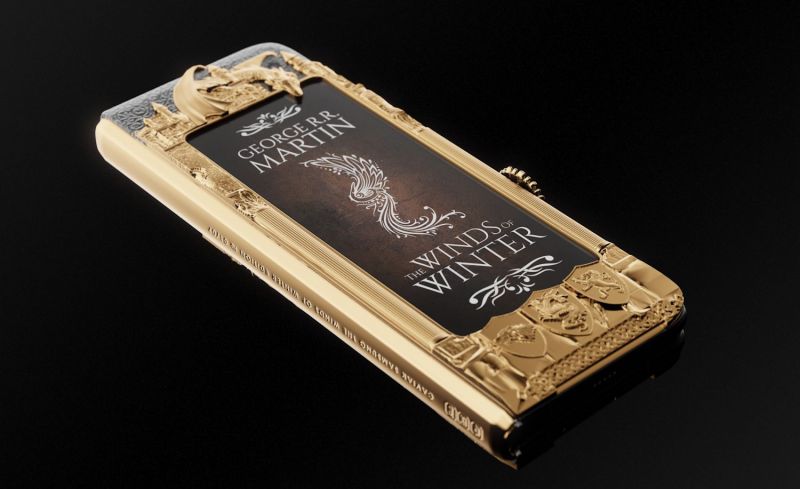 Apart from this, a weird addition here is the dragon that somehow bends over the display, whether this is done in artistic taste or what, we just can’t tell. But one thing is for sure, it’s going to be obscuring your vision of the notifications. There also appears to be a clasp on the side and every time you’d want to open the device to access that gorgeous display would be an extra step, which we feel would be quite a hassle. 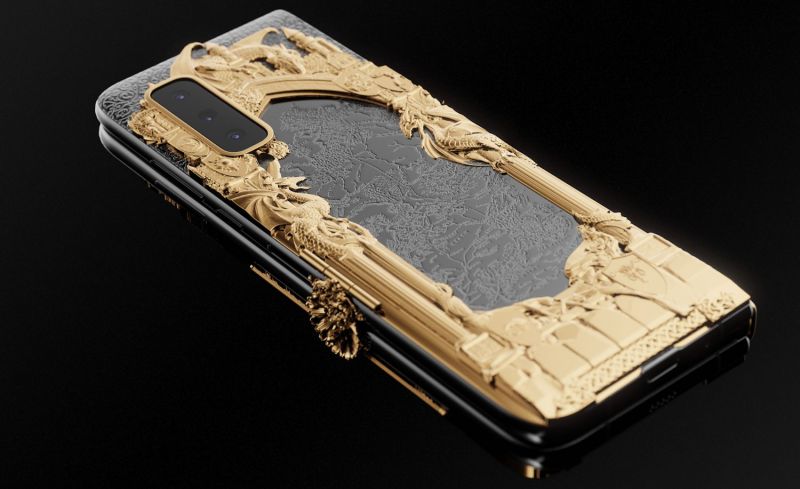 The Game of Thrones Caviar Samsung Galaxy Fold is based on The Winds of Winter and it’s plain to see that it goes overboard with the intricacies in the design. For us, this seems unnecessarily worth it; however, with that being said, if you do fancy purchasing this limited edition Galaxy Fold, then the start of sales will begin with the opening of the official Samsung Fold series and will set you back a mere Rs 5,71,445.