Snapdragon 855 flagship SoC to be built on 7nm

Qualcomm has already started sampling their next generation Snapdragon chipset with partner OEMs. 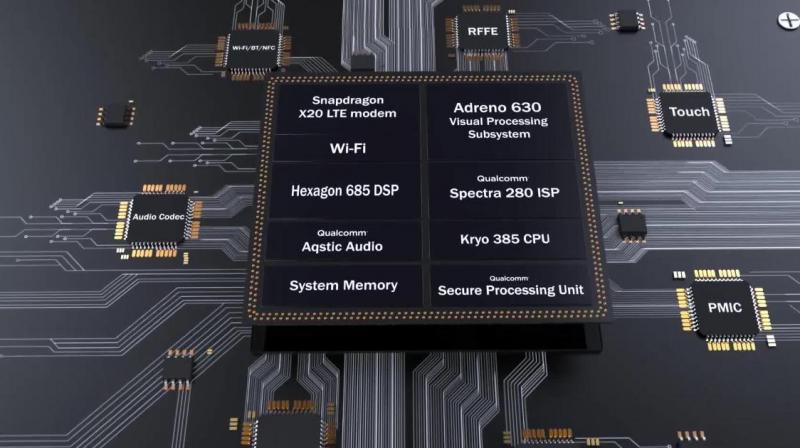 Qualcomm’s chip will be the only one alongside the HiSilicon Kirin 980 from Huawei to be built on the 7nm process. (Representative Photo: Qualcomm)

The world of computers is evolving by leaps and bounds. Every few months, we are exposed to an upgrade to technologies that barely complete a few months. Qualcomm is doing the same for its next-generation flagship mobile chipset, with the company already announcing the low-volume production of the chip.

In an official press release, Qualcomm announced that they have started manufacturing their next generation flagship Snapdragon chipset in low volumes and have already started sending samples of the first few chips to their partner companies. However, Qualcomm confirmed that the chip will be built on the new 7nm manufacturing process at TSMC foundries. Therefore, Qualcomm’s chip will be the only one alongside the HiSilicon Kirin 980 from Huawei to be built on the 7nm process.

Additionally, Qualcomm also says that the flagship Snapdragon chip will be coming with the X50 5G modem, thereby bringing 5G Internet connectivity to the premium Android smartphones. Qualcomm says that the flagship mobile platform with 5G is designed to enable premium connected devices that bring new intuitive experiences and interactions with power-efficient on-device AI, superior battery life, and performance while extending globally to innovative technologies, solutions, experiences and applications in automotive and IoT.

Qualcomm will be launching the next-gen Snapdragon chip in the fourth quarter of 2018, which could result in the first commercial devices hitting the shelves by early 2019. Rumours suggest that Qualcomm could christen the chip as Snapdragon 855 while speculations also point towards a completely new nomenclature to differentiate it from the Snapdragon chips for laptops and PCs.