The latest concept might be the most far-fetched one out there but we have to say it looks amazing. 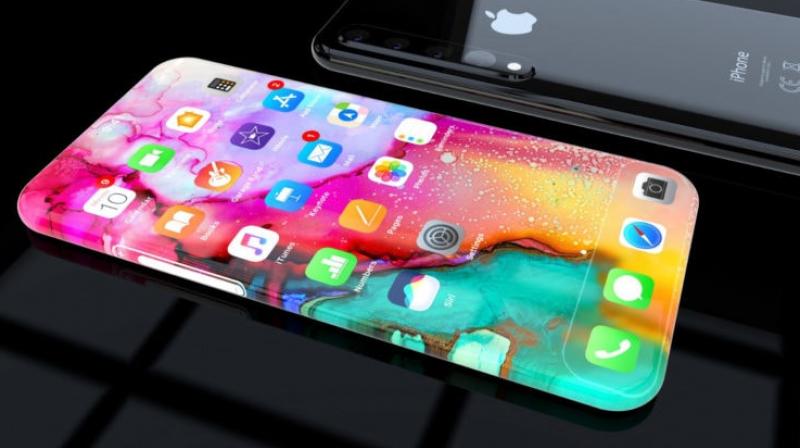 This iPhone 11 concept is beautiful and instead of a metal frame sitting in the centre, the designer has used a display that wraps around the entire handset. (Photo: Concepts iPhone)

Apple will be launching the iPhone 11 in September and hope as we may; it’s going to be coming with a similar design as the last two generations, if any of the rumours turn out to be true. While we resign to our fates regarding the final design we can’t stop imagining what could be if technology could permit any design possible under the sun. And, that’s exactly what the very talented designers at Concept iPhone have done. They have created a beautiful iPhone 11 concept that ditches all the buttons in favour of an immersive curved display.

This iPhone 11 concept is beautiful and instead of a metal frame sitting in the centre, the designer has used a display that wraps around the entire handset. By implementing this design, you get an iPhone with a beautiful luminous band that stretches along the entire smartphone and it replaces the volume rockers and power buttons. By utilizing this design philosophy, you get a device with shortcuts on the side.

While this may be a beautiful looking device, there is absolutely no chance that it can become a reality. Besides, protecting such a device with a case seems impossible as it would take away some of its core functions. Imagine if the handset was accidentally dropped, the resulting cost of fixing the display would be drastically high.

The 2019 iPhone 11 line-up is expected to feature three models like it did last year. There will be two OLED handsets and one LCD device. The iPhone 11 and 11 Max will be of the OLED variety and feature 5.8-inch and 6.5-inch screen sizes respectively. The iPhone 11R will be equipped with an LCD display in order to keep the costs down to a minimum, The iPhone 11 and 11 Max is expected to come with a triple rear configuration while the 11R will feature a dual camera set up.  This essentially means that all three handsets will get an extra shooter on the rear.

The front of the iPhone 11 series will remain the same and there will be no difference in the size of the notch. However, recent reports claim that it will come an improved Face ID that will be able to authenticate at some acute angles.

The handsets are also expected to come with a fronted finish and will be different from previous generations.