The first unofficial renders of the Galaxy S11e have surfaced and with it, we get to see a familiar camera hump. 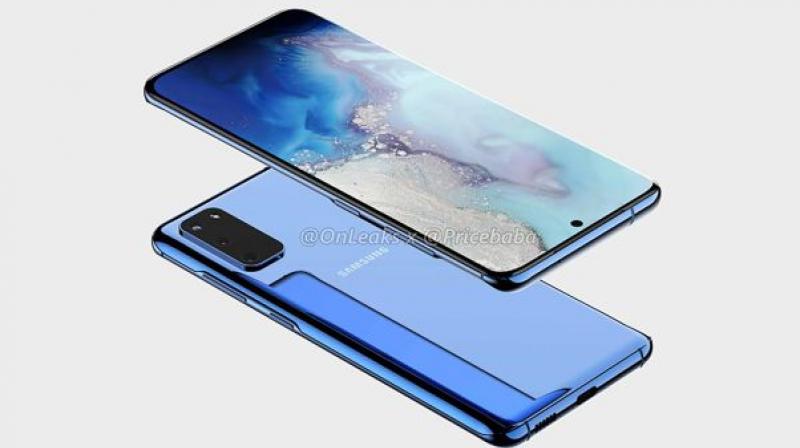 With these new renders, we see the Galaxy S11e with a curved screen that measures about 6.2 to 6.3-inches.

The Samsung Galaxy S11 renders have only just hit the web and now, the first unofficial renders of its lower-priced sibling, the Galaxy S11e has surfaced in unofficial renders. These renders have been put together by noted tipster @OnLeaks and Pricebaba and they are based on all the leaked rumours that have been circulating thus far. So, while they aren’t official images of the Galaxy S11e, this is the first look at the upcoming flagship from Samsung.

The Samsung Galaxy S11e is expected to follow in the footsteps of the higher-end Galaxy S11 but it will be a more affordable and less feature-packed option. The Galaxy S11 series is expected to arrive by mid-February which means that more leaks and rumours will spill before its impending arrival.

With these new renders, we see the Galaxy S11e with a curved screen that measures about 6.2 to 6.3-inches. It has a punch-hole camera in the centre like the Galaxy Note 10 and this design decision is expected to be featured on all upcoming S11 handsets.

Like Pixel 4 and the camera module at the back will look different from previous generation devices. There will be a new L-shaped camera module on the rear which will match with its pricier siblings. As of now, reports suggest that there will be three camera lenses but the megapixel counts aren’t yet confirmed.

The rumoured dimensions are 151.7 mm x 69.1 mm x 7.9 mm and this doesn’t include the camera bump. Sources suggest the Galaxy S11e will be as wide as the Galaxy S10e but a bit taller.

The handset will feature USB Type-C charging and no headphone jack and the fingerprint sensor has been shifted to under the display.