The latest addition from Nokia has a lot going for it especially in terms of its display size and battery life; but that’s about it. 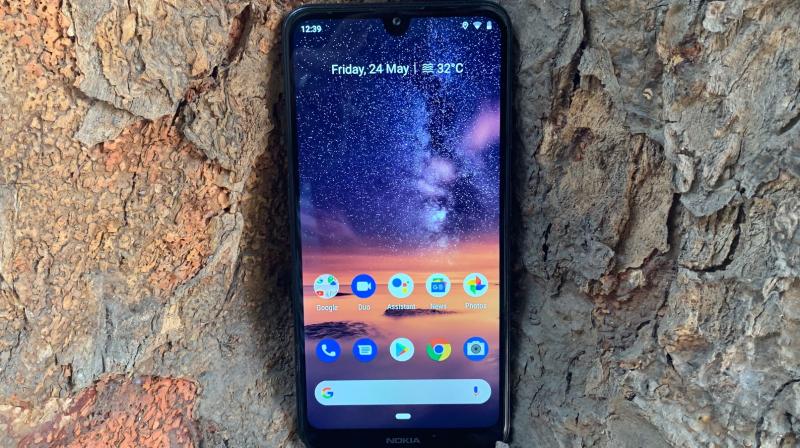 The Nokia 3.2 has one of the largest displays found on a Nokia handset till date.
Rating:

HMD Global has been on a roll. The Finnish company has not only managed to revive a dying brand but also has given it the ability to flourish. This year has been all about innovation and it’s now the time to stop and take notice as one of the world’s biggest mobile phone manufacturers is back and better than ever.

Earlier on this year, HMD unveiled a few handsets at the Mobile World Congress in Barcelona and after launching the Nokia 4.2 in India, the brand has finally taken the wraps off the Nokia 3.2, a smartphone meant for the budget conscious audience who aren’t looking to compromise in the size of the display and a truly all-day battery.

We spent a few days with the Nokia 3.2 and here are our takeaways from it. 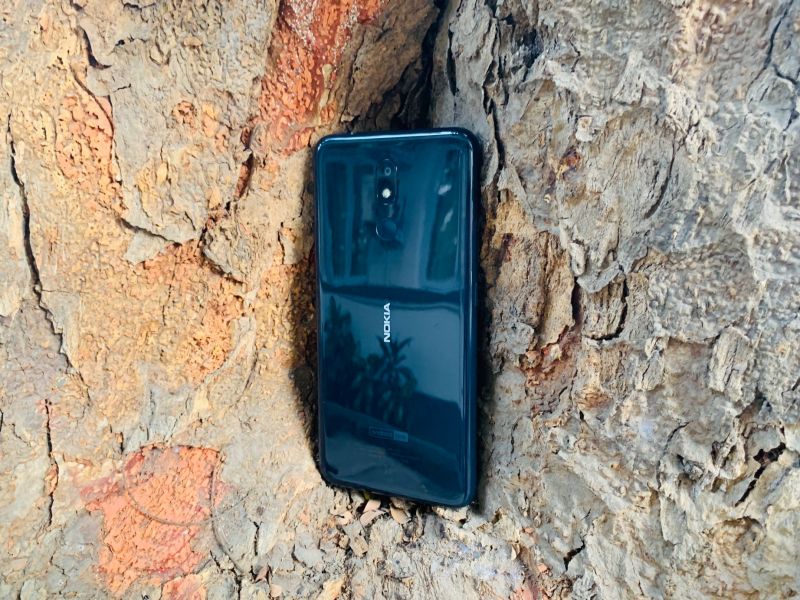 The Nokia 3.2 is a big device and this is one of its main highlights. Unlike the Nokia 3.1 which was a diminutive budget model, this device comes fitted with a large display which so happens to be one of the biggest fitted in a Nokia handset. While it’s easy to get distracted with the size of the screen, the rest of the handset boasts some pretty impressive design elements which can be comparable to handsets that cost a fair bit more.

The Nokia 3.2 is huge, that much is certain; however, it is also an extremely lightweight device. HMD managed this impressive feat by adding a unibody polycarbonate shell on the rear which helps in keeping its weight down to a minimum. While it may be difficult to handle single-handedly, you can take solace in the fact that it’s lightweight; thereby leaving quite little muscle fatigue.

HMD Global, to keep the price down has added a glossy plastic shell here instead of a glass back. With it, we get a design that’s trendy enough for 2019 without breaking the bank. While it’s great that the design looks good, the handset is a fingerprint magnet; so, it’s better if a transparent case is added here to keep it shiny and new and free from scratches.

Being a budget device, HMD has not neglected to add a fingerprint scanner. This is located quite high on the rear panel and accessing it initially may be a task. During our review period, we kept on accidentally reaching for the single rear camera in a bid to unlock the phone. This is a minor issue as the fingerprint scanner is quite flush with the device. We foresee you getting used to the location of the zippy canner in just a couple of days. The camera bump here is quite negligible; this allows it to remain flat even when used without a case. 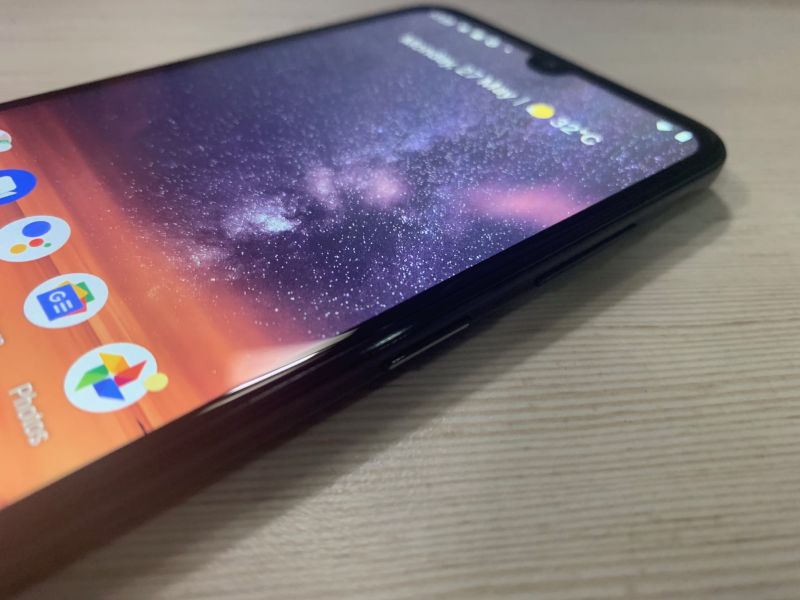 The desiccated Google Assistant Button is another great addition which makes its way here from the Nokia 4.2. When you single press the button it will pull up the virtual assistant to help you with anything you need. By long pressing the button, you will activate a walkie-talkie mode, which lets the Google Assistant listen to you until you release it for long sentence queries. An interesting feature here is that you can access all of the assistant’s features even when the handset is locked. 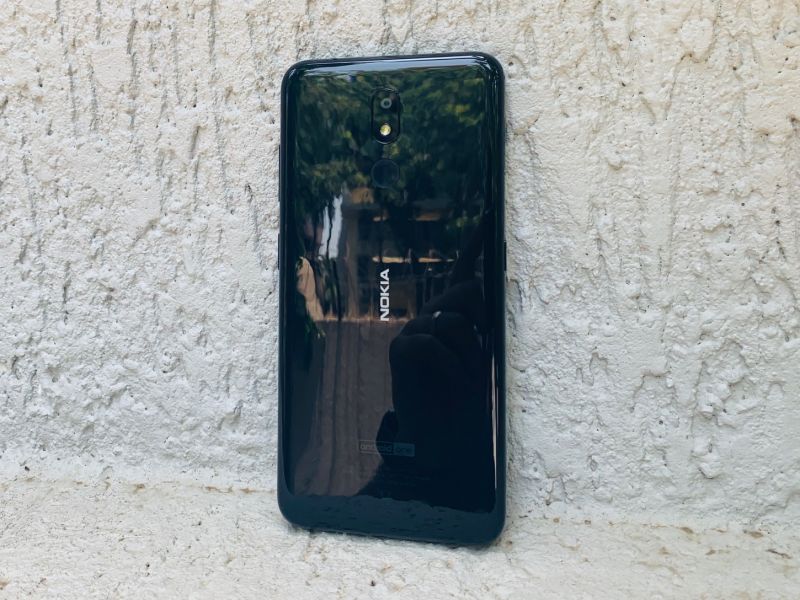 The handset also comes with a micro USB charging port and a 3.5mm audio jack. It’s important to mention the latter’s port as handsets are quickly ditching it this year. So an audio jack is always welcome.

Overall, the Nokia 3.2 feels like a sturdy device that can take a few accidental knocks. However, as mentioned earlier, we recommend using a case to keep it safe. 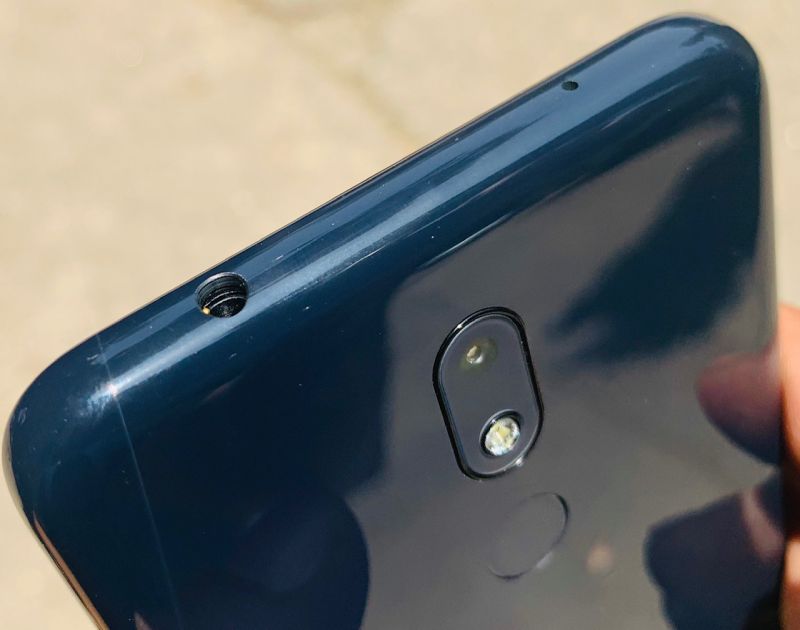 The major highlight of the Nokia 3.2 is the massive display and like the Nokia 4.2 that was launched prior to it, it also comes with a waterdrop-style notch. By adding the notch, we get slimmer bezels on three sides and a sizable chin. The chin is quite large here and there aren’t really any complaints from us considering the pricing of this device. The handset comes with a 6.26-inch HD+ TFT display and it comes with the trendy 19:9 ratio. Even though the handset falls in the budget category, there are quite a few devices in and around this price range that feature a similar waterdrop notch; thereby not making it stand out from the competition. 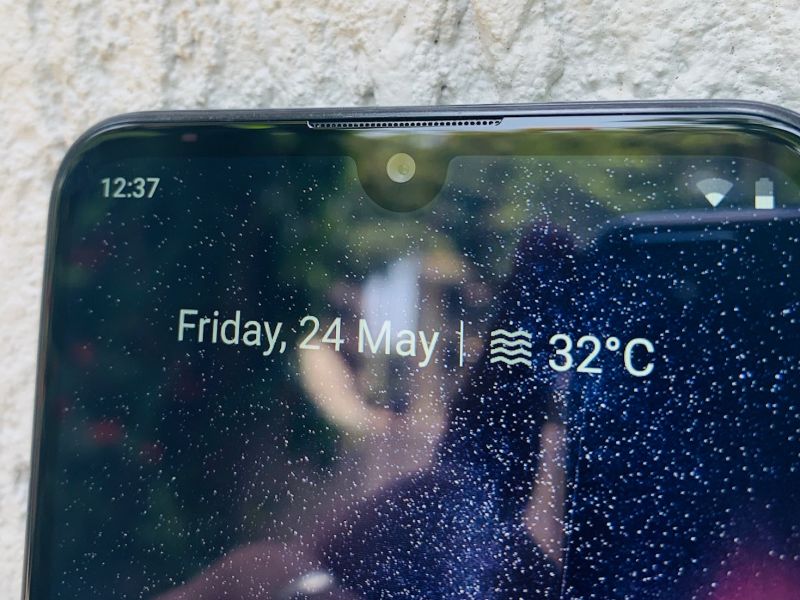 As far as the quality of the display goes, the Nokia 3.2 performs acceptably and nothing extravagant to write home about. The display is bright, vivid and colours are reproduced accurately. While the display performs well indoors, in direct sunlight it tends to struggle a bit as content onscreen is not quite viewable. Watching videos and playing games was passable and you shouldn’t expect deep blacks or bright whites here. The overall quality of the display performs as advertised, which is good enough for most people.

Much like other Nokia handset that has been launched in the recent past, the Nokia 3.2 is a part of the Android One program. With this, you get a UI that’s very intuitive and devoid of any bloatware. Navigating through the interface is as smooth as you can expect from a sub Rs 9K device and due to the barebones Android operating system, you get UX that can’t be matched by others in this price range. 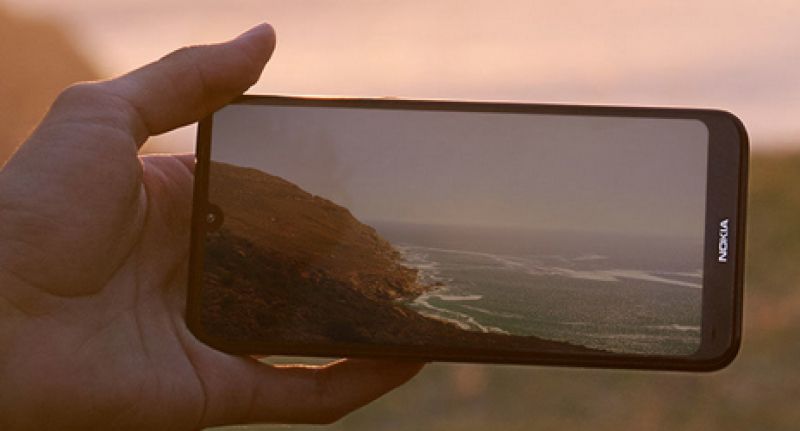 Being an Android One handset, you get a lot of the OS’ major features which include but not limited to Adaptive Brightness and Digital Wellbeing which are essential for 2019 smartphones. With Adaptive Brightness, your battery gets used to the way you use your handset using AI and in the end, it helps in maximising the battery life. With Digital Wellbeing, a very important tool of Android Pie you get App Timers, Wind Down and others that help you understand your device usage and prompt you to take a break when you need it.

With the Nokia 3.2 being a part of the Android One program, you can be assured of timely software and security updates. Additionally, your 3.2 will also be eligible for the next big Google OS — Android Q.

The Nokia 3.2 is not a tech powerhouse and you shouldn’t expect it to perform like one. Under the hood, you get a Snapdragon 429 chipset that’s paired with either 2GB or 3GB of RAM. This chipset is of the quad-core variety and hence it won’t be able to output super fast performances on a regular basis. With this chipset on board, you’ll be able to achieve ideal results when accessing everyday apps such as those in the social media or instant messaging categories; however, app load times may not be the best.

If you intend on playing graphic heavy apps like Asphalt 9 or PUBG Mobile, you’re hard out of luck here as the handset will struggle to keep up. There will be a lot of stutter and lag noticeable and playing these sort of games here is a hassle just not worth getting into. If these games are your primary motive for purchasing a new smartphone, then its best you look elsewhere. 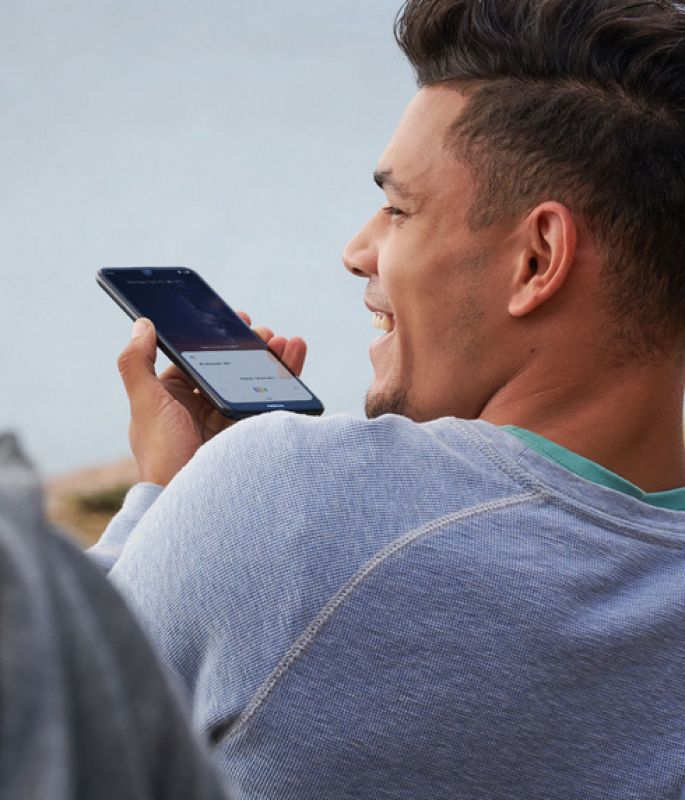 We ran a series of tests on this handset and it performed as expected. During our testing phase, we observed that the handset performs well with the limited RAM available and even managed to pull up background apps pretty quick. This was evident across apps of different varieties and not just limited to social media.

The Nokia 3.2 comes with a single 13MP shooter on the rear that’s assisted by an LED flash. The camera app is one of the simplest to navigate through and grasping the features here can take place within a matter of minutes. Surprisingly, the single rear shooter performs pretty well and even though it doesn’t come with specs that are featured in rival handsets in and around this price range; the Nokia 3.2 does hold its own. 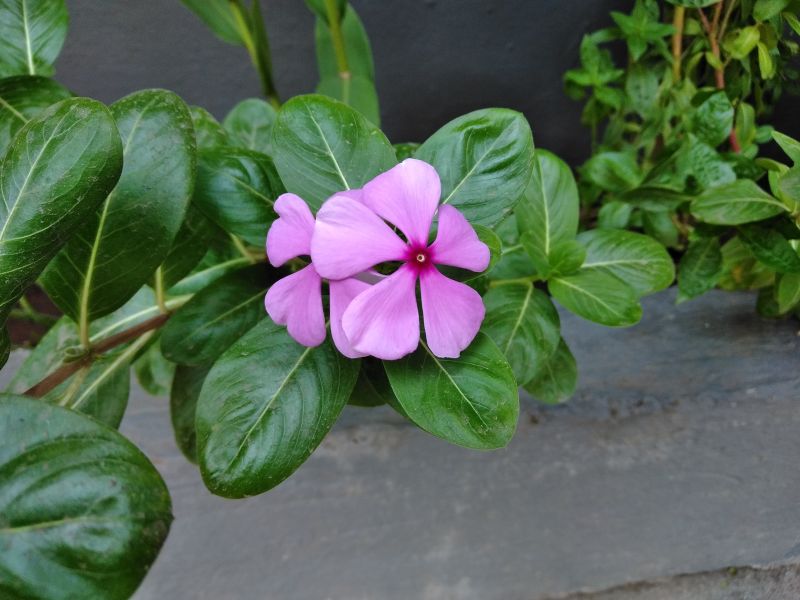 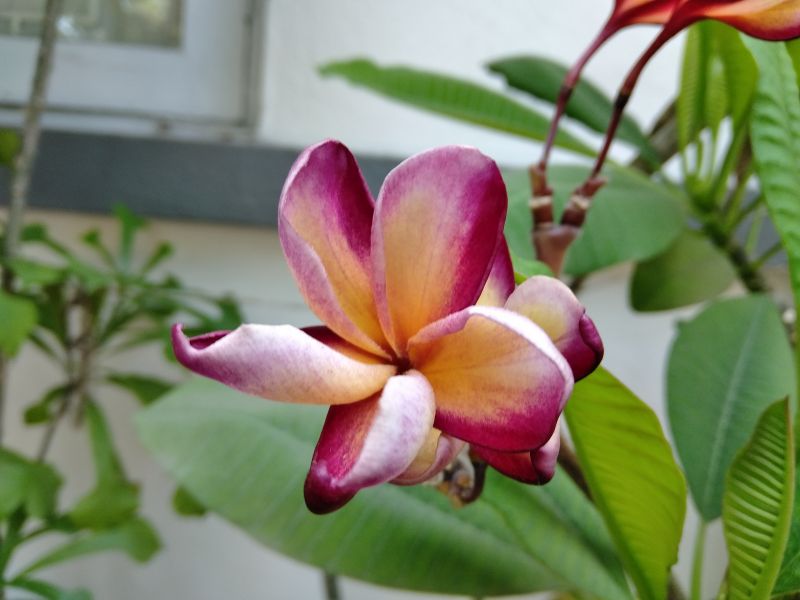 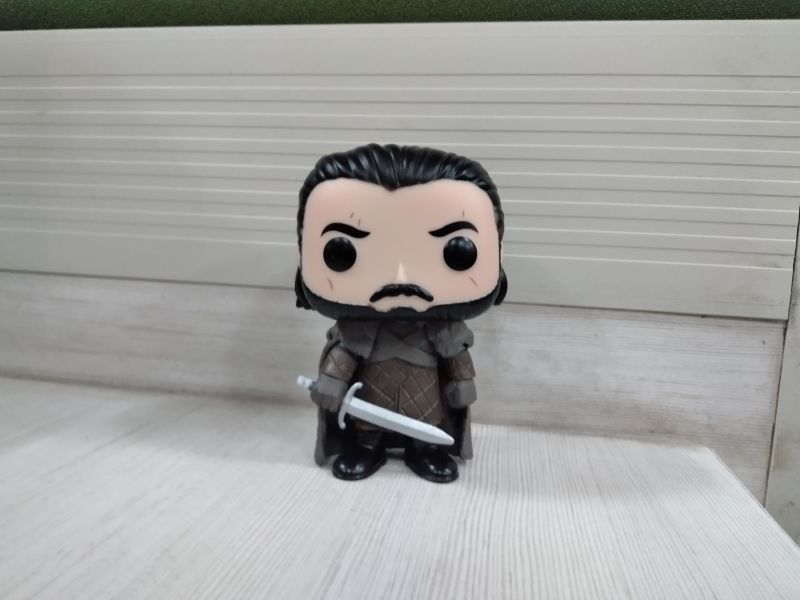 In well-lit environments, the Nokia shines as the images captured here have a fair amount of detail and the colour reproduced accurately. Indoors is where the handset tends to struggle as there is a bit of image noise creeping through especially at the corners of the photos captured. 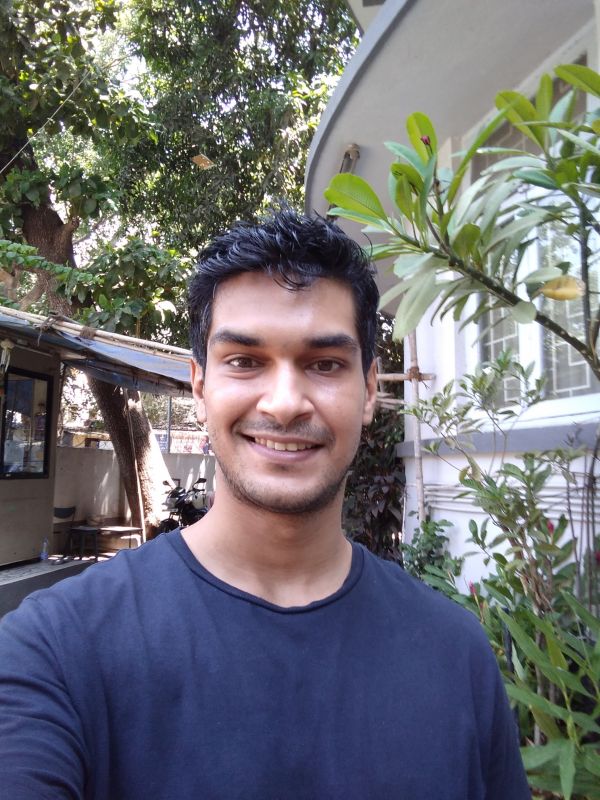 While clicking selfies with the 5MP front-facing the camera, we noticed that the photos shot were vibrant and skin tones appeared natural. In less than ideal light, the Nokia 3.2’s selfie camera tends to struggle as well. For the best shots, it’s better to use this handset in well-lit conditions.

The battery life of the Nokia 3.2 is by far our pick for the best feature here. Packing a 4000mAh battery, with medium usage during our testing phase, the handset managed to last a day and a half till it was put for charge. The reason for the great battery life is all down to the Snapdragon 429 chipset and the Android Pie OS that’s optimised to get the maximum out of a battery.  Even if you use this handset to run videos continuously, you can be sure the Nokia 3.2 will last a day without needing to be topped up. 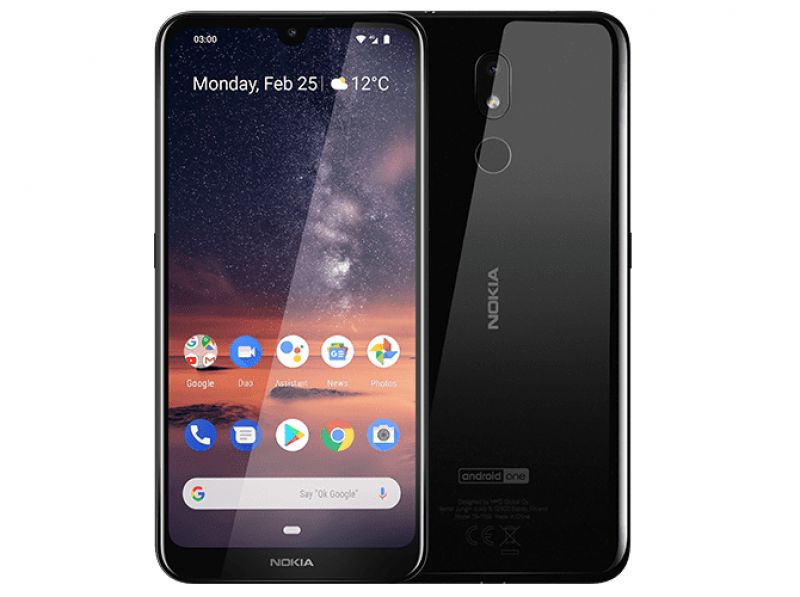 The Nokia 3.2 is priced at Rs 8,990 for the 2GB/16GB option and Rs 10,790 for the 3GB 32GB option. The handset has two things going for it which are a large display and incredible battery life. On paper and in our tests, the Nokia 3.2 falls by the wayside in comparison to rivals that cost a similar amount. There are smartphones available in India with much superior specifications that cost the same which prompt us to caution you before purchasing this device.

With that being said, if it’s just a large display, brilliant battery life and an extremely clean OS you’re after, then the Nokia 3.2 is an ideal choice.