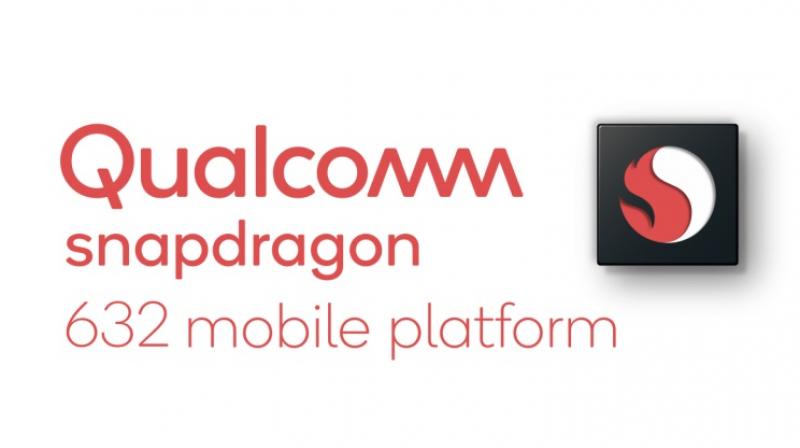 Commercial devices based on Snapdragon 632, 439 and 429 are expected to launch in the second half of this year.

Snapdragon 632: The new Snapdragon 632 promises to bring some of the popular mobile experiences that include mainstream gaming, 4K video capture, artificial intelligence, and faster LTE speeds — at an affordable price. As stated earlier, the 632 chipsets are built on FinFET process technology, which claims to boost up the performance by 40 per cent. The 632 mobile platform is built on the combination of the Qualcomm Kryo 250 CPU clocked at 1.8GHz and Qualcomm Adreno 506 GPU. The SD 632 SoC technically stands between the current Snapdragon 626 and the 636 mobile platforms, where the SD 626 is built on ARM Cortex A53, while the SD 636 is built on Qualcomm Kryo 260 CPU.

As for the cameras support, the chipset can handle either a 24MP single-camera or dual cameras at 13MP each. And the SD 632 platform can handle display resolutions of up to FHD+. It also includes the X9 LTE modem, which supports LTE advanced technologies like carrier aggregation for faster cellular speeds.

Snapdragon 439 and 429: The new Snapdragon 439 and 429 mobile platforms were created to supposedly improve the overall CPU performance and power efficiency by up to 25 per cent. Both are built on Cortex A53 cores with clock speeds of up to 1.95GHz. The SD 429 promises to offer 50 per cent improvement in graphics rendering with the Adreno 504 GPU, while the SD 439 offers 20 per cent faster graphics with the Adreno 505 GPU. And for the cameras, the SD 439 supports a 21MP single-camera and 8MP+8MP dual cameras along with the FHD+ display, while the SD 429 offers the same dual cameras support as the 439 SoC but supports a single camera of 16MP. And, lastly, the SD 429 supports HD+ display. Both the mobile platforms feature the X6 LTE modem that is supposed to give faster downloads, smooth video streams, and near seamless web browsing. They both are equipped with AI capabilities that promise to enhance the camera, voice, and security experience.

All the new mobile platforms support Bluetooth 5.0 and lastly, they all support Quick Charge 3.0 technology as well.

Commercial devices based on Snapdragon 632, 439 and 429 are expected to launch in the second half of this year.