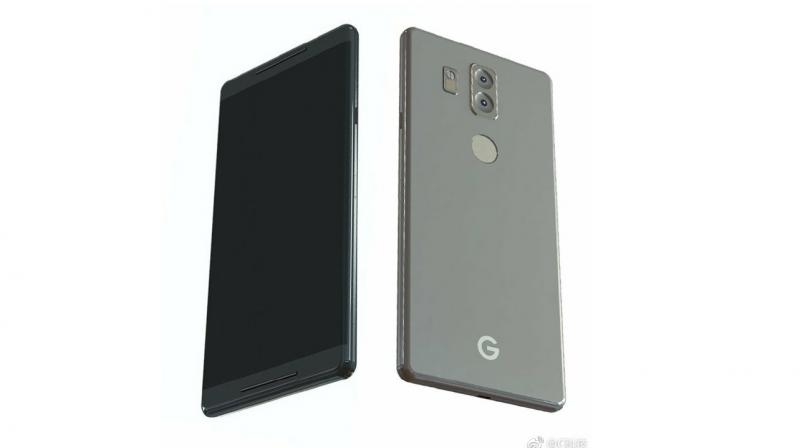 The Pixel 2 will come later in the year and could feature the Snapdragon 835 chipset along with 4GB of RAM.

It is 2017 and flagship smartphones from all the great manufacturers have started flooding the market. We have LG and Samsung already selling their top-of-the-line phones. HTC will be unveiling the U11 shortly. Apple is working on its next iPhone for late 2017 launch. And now, leaks have started suggesting that Google will also reveal their Pixel 2 in the later half of 2017.

According to a leak on Weibo, some images are suggesting an alleged Google Pixel 2 render out in the open. The image shows the Google Pixel 2 in a rough render, showing the front and the sides.

The front of the alleged Pixel 2 shows a curved display similar to the Galaxy Note 7. There are thin bezels on the top and bottom, along with a possible stereo speaker setup.

The rear is where it gets interesting. According to the alleged leak, the Pixel 2 could join the dual-lens camera bandwagon. There’s also a dual tone flash accompanying the camera unit. The fingerprint sensor sits on the rear of the phone, like the current Pixel. There’s a Google branding at the bottom, which feels like a Photoshop-ed add-on.

The leak isn’t very satisfying to suggest us a hint at the next Pixel. The phone may certainly have a better profile that the one shown in the image. We believe that the Pixel 2 will come later in the year and could feature the Snapdragon 835 chipset along with 4GB of RAM.

However, we will be eager to know that who makes the Google Pixel 2? Will it be HTC or one of the established Asian players? Or will Google manufacture it on their own? We have to wait and find it out towards the end of 2017.