The upcoming Nokia X might be launching on May 16 in China, which happens to be coincidental with the OnePlus 6 launch. 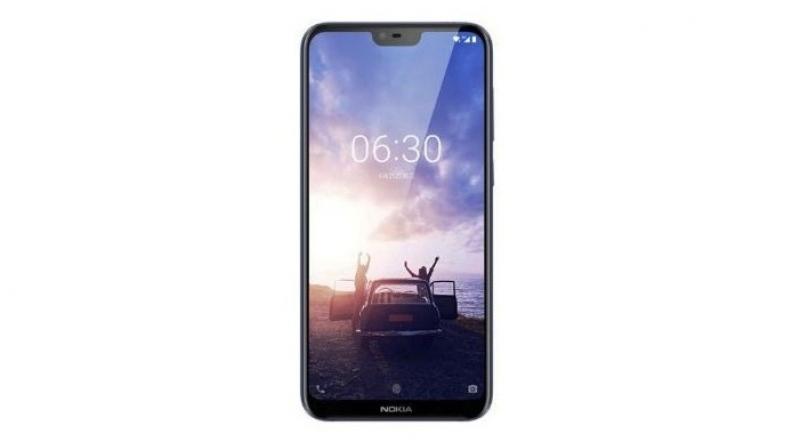 This is the Nokia X (Photo: Weibo)

HMD Global, after a binge of its new Nokia smartphone launches, the company is also considering to launch yet another smartphone with the most controversial iPhone X-like ‘notch’ and it happens to be called Nokia X (earlier rumours suggested that it was supposed to be Nokia X6). Whatever, the name might be the company seems to be joining the ‘notch’ bandwagon with this new model. 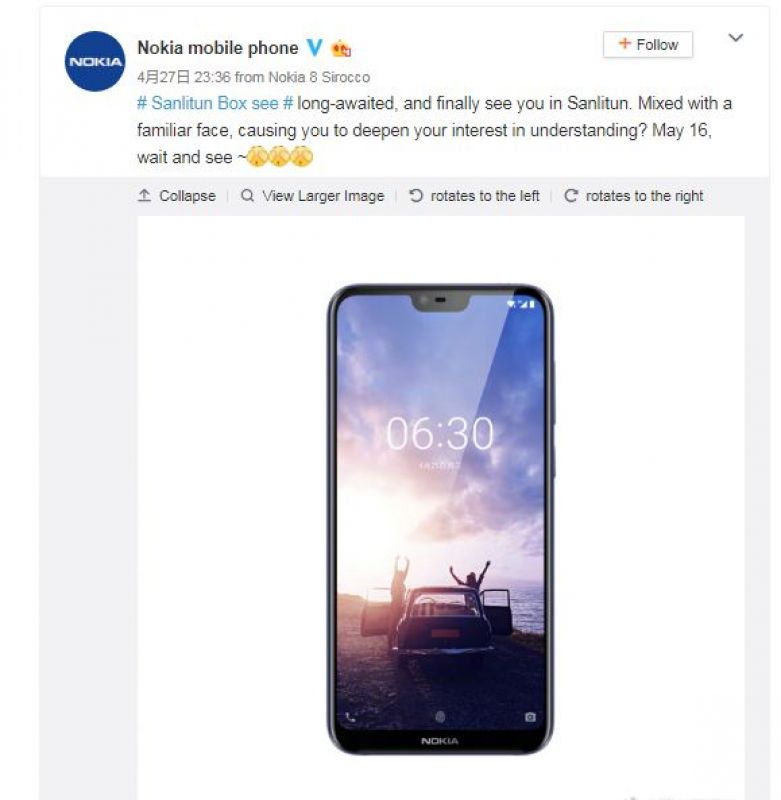 According to the Chinese microblogging site Weibo, Nokia had officially revealed the launch date of this new Nokia X, which happens to be on May 16, this is coincidentally same with the upcoming OnePlus 6 launch, which also happens to be coming with this ‘notch-like’ design.

On the design front, the post showcases the notch display and a chin at the bottom with the Nokia branding. The display seems to be bezel-less and we can expect it to be coming in 19:9 aspect ratio with 5.8-inch Full HD+ display. Other leaked photos of this upcoming smartphone also appears to be boasting dual cameras at the rear with the fingerprint sensor mounted beneath the camera line-up. 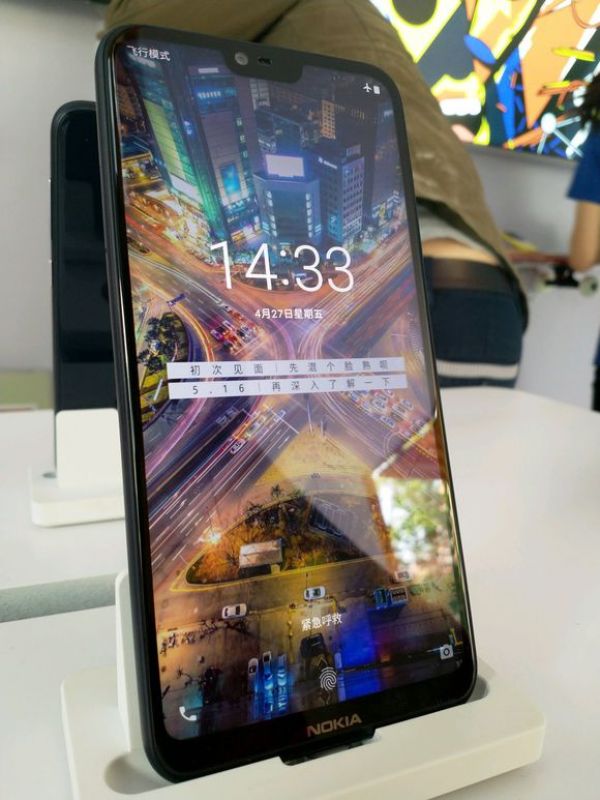 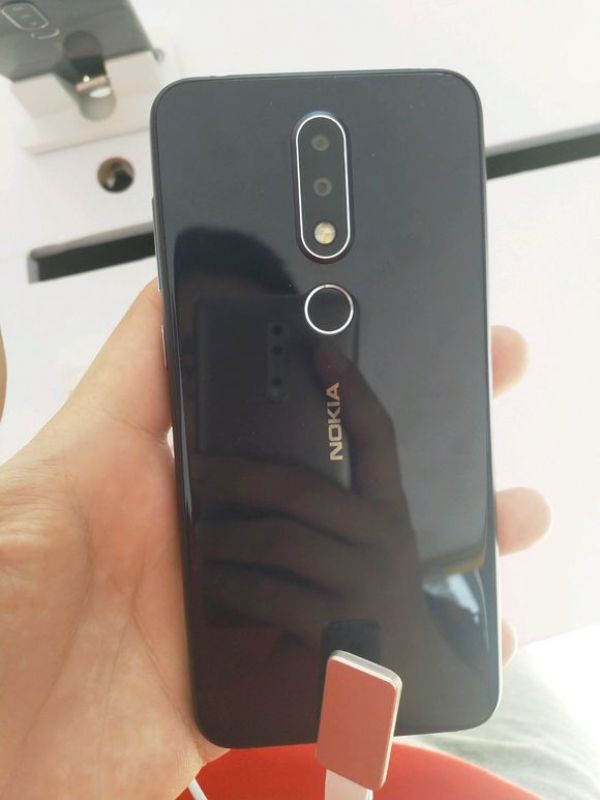 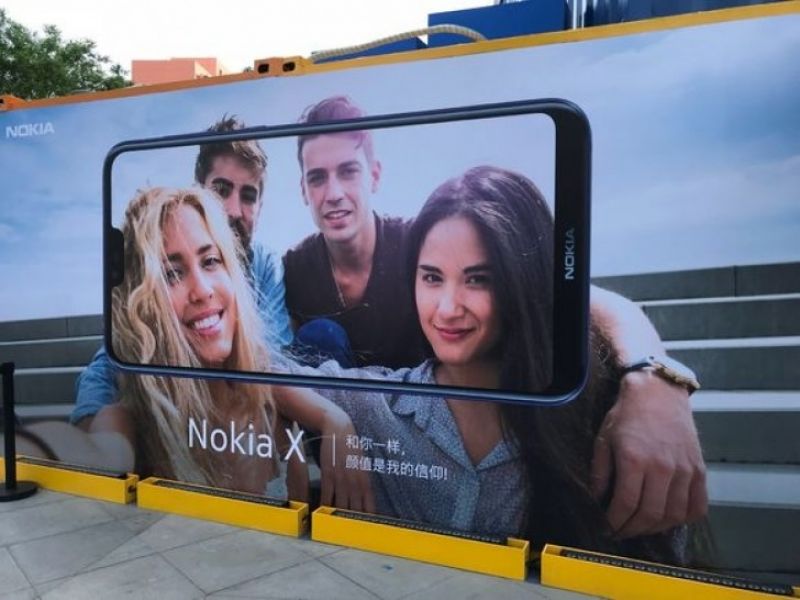 In terms of specifications, the Nokia X is expected to feature Qualcomm’s Snapdragon 636 chipset followed by 6GB of RAM and an octa-core 1.8GHz processor. There’s also another variant expected which is to be powered by MediaTek P60 SoC. The dual cameras are expected to have 12MP sensors and a 5MP front camera sensor.  The Nokia X is also expected to ship with Android 8.1 Oreo out-of-the-box matching the earlier released Nokia phones line-up.