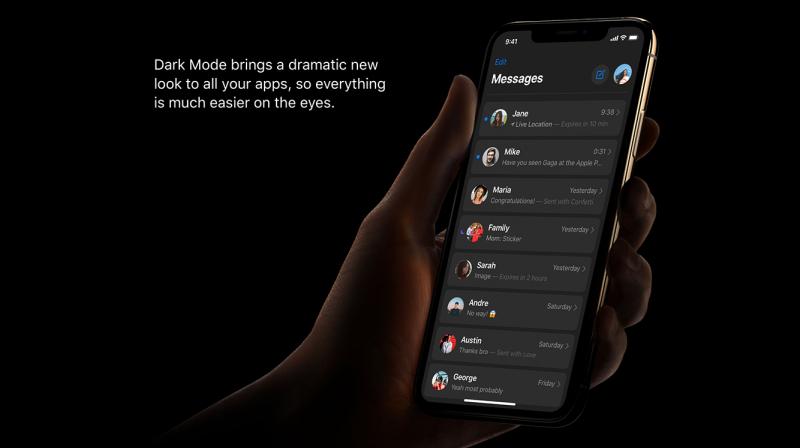 The designer’s main focus of these renders were based on four major characteristics of iOS 13.

Apple is expected to announce iOS 13 at the WWDC 2019 event that will be held in a few short days and leaks about this upcoming operating system have been making the rounds on the interwebs. Based on these rumours, a graphic designer, Alvaro Pabesio has put together a series of renders showcasing what the next operating system; iOS 13 could look like when announced. 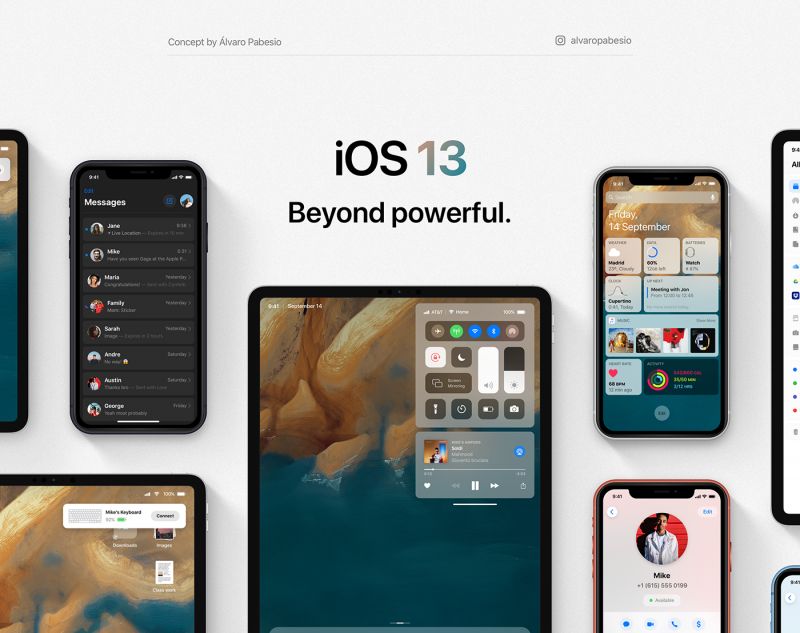 The result of Pabesio renders is most definitely stunning and there is a good chance that these mock-ups will be quite close to what Apple announces at WWDC. The mock-ups are based on leaks stemming from reliable sources; so, the pictures put together have substantial weight backing them.

The designer’s main focus of these renders was based on four major characteristics of iOS 13 — new features for iPads, enhancements to Continuity, new apps and a feature that everyone has been waiting for, Dark Mode. As per a report by BGR, he iPad might not be the most exciting Apple product out there these days, but it may end up being the recipient of some of the most impressive new features when iOS 13 is introduced. Pabesio covered several of the biggest rumours, but the new screen-sharing feature that will supposedly be added to Continuity might be the coolest.” 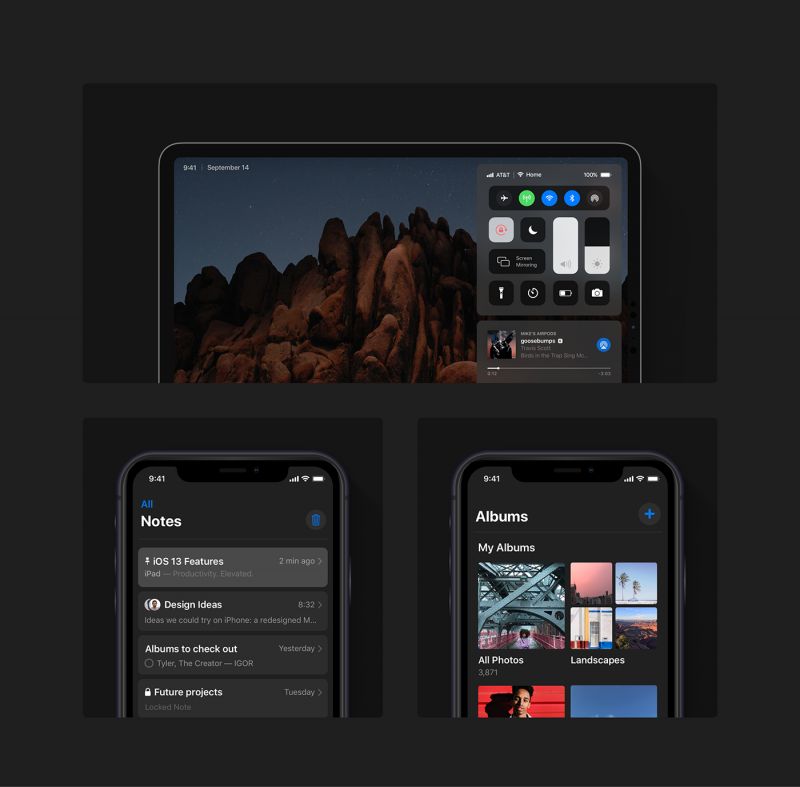 Elaborating on the new Dark Mode feature, BGR states that nearly all new iPhones launched in the recent past come with OLED displays and this would benefit the new dark theme to a sizable extent. iOS users have been waiting for a dark mode for quite a while and with iOS 13, Apple will finally fulfil their consumers’ wishes. 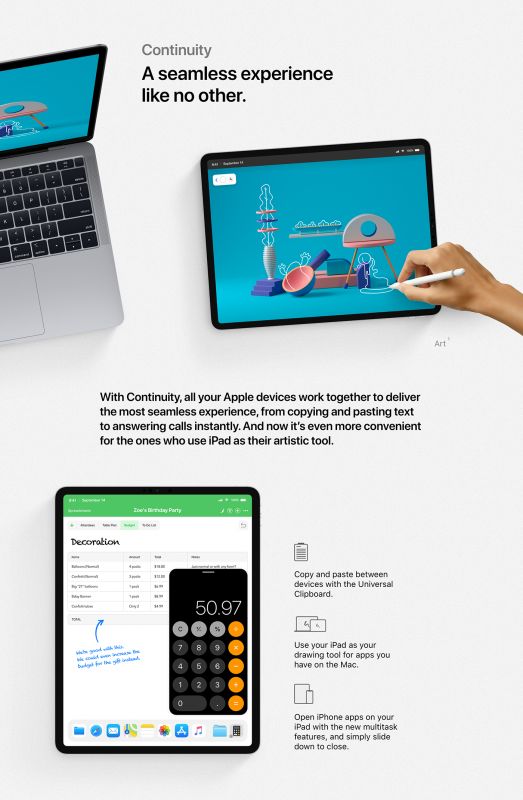 Apart from these two features, Pabesio has re-imagined apps as well which are worth checking out. 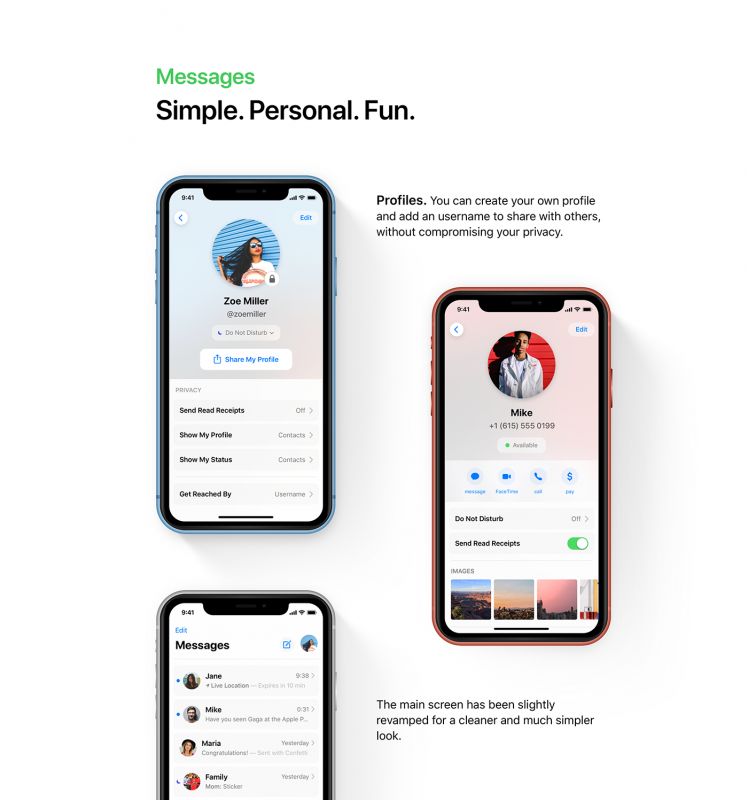 While iOS 13 could steal the show at WWDC 2019, Apple fans will be eagerly awaiting the next iPhone which is currently dubbed as iPhone 11. This handset is expected to feature incremental updates in comparison to the current generation iPhone XS and XS Max with the biggest change located on the rear. The flagship Apple handsets will come with triple rear camera setup and support for bilateral wireless charging. Additionally, recent rumours suggest that it can also feature Dual Bluetooth Audio thus putting it on par with Samsung and Huawei flagships.

While WWDC will take place at the beginning of June, the next iPhone will debut by September. With there being a few months till the handsets get launched, you can be sure to expect more leaks and rumours surface before the official unveiling.