OnePlus 8 takes the colours game a notch up, with green and 'glow'

If you want to catch every shade in the spectrum or simply go back to black, just wait for launch day 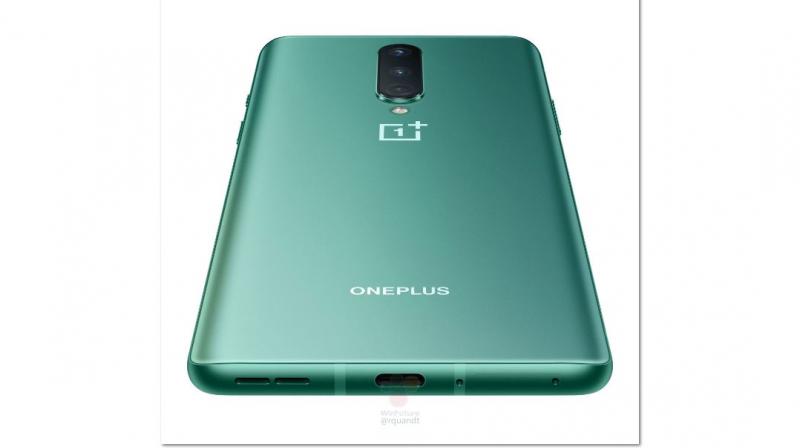 Chennai: The OnePlus 8, the next flagship model of the popular mid-premium smartphone maker, is sure to catch your eye. Expected to release in a few weeks, the OnePlus 8, whose photographs have been leaked, will come in three unusual colour variants.

One named ‘Glow’ seems to have captured the entire spectrum of colours on it. Another is simply named ‘Green’. It seems a lighter shade of the deep emerald that Huawei introduced recently on its Mate 20 Pro.

And with the third variant, OnePlus has gone back to black. Remember those days of black smartphones? The first generation of smartphones and many since came in about 50 shades of black—from shining like patent leather to grey sandstone finish. OnePlus 8 will now come in ‘Black’ in what is expected to be a Gorilla glass finish as with the other recent OnePluses such as OnePlus 7T and OnePlus 7T Pro.

The new looks were revealed on German site WinFuture.

The back of the OnePlus 8 is seen featuring three cameras in a vertical layout. The circular camera setup features on the OnePlus 7T seems to have been an exception as the OnePlus has gone back to the slimmer vertical design for newer models since.

On the front, the now ubiquitous punch-hole camera is seen located on the left side in-display.

WinFuture says the OnePlus8 is powered by a Qualcomm Snapdragon 865 Octacore processor, with 5G connectivity (although it will take a while for 5G telecommunication capability to be  offered in India). It will come in two storage variants of 8GB RAM, 128 GB internal memory, 12 GB RAM and 256 GB UFS flash memory.

The battery does not get an upgrade from previous models, and will stay at a comfortable 4300mAh battery that can be charged with 30-watt fast charger.

iOS users to soon get dark mode for Google Maps