Is an iPhone without a notch in the works? This concept design certainly suggests it. 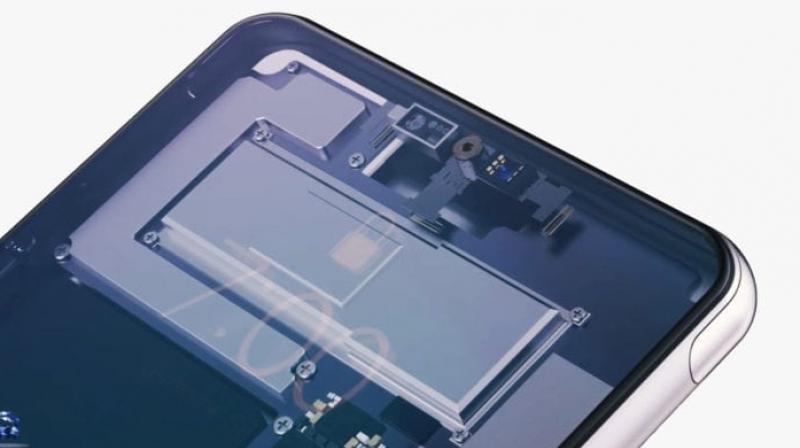 Smit is of the opinion that Apple should do away with the notch and his concept shows the front-facing camera sitting under the display.

The 2019 Apple iPhone dubbed iPhone 11 will feature small design improvements over the current-generation iPhone XS series. This year’s model will come with a large camera hump and other minor changes such as a redesigned mute switch. However, while this isn’t the handset we want; this will certainly be the one we will get. A graphic designer has put together a concept video of an iPhone with features we will definitely love and hope that it becomes a reality sooner rather than later.

Dubbed the iPhone Pro, this video was created by Jermaine Smit, the man behind the popular YouTube channel Concept Creator and he claims that producing this 3-minute video took him about 258-hours. His work is impeccable and his effort certainly shows.

The iPhone Pro uses a three lens system but positions them on the centre on the reverse side of the handset. Smit said, “This includes a new design for the back camera, and I have done it with a horizontal setup because of space; the target was big sensors and the, of course, the periscope lens.” This type of camera setup includes a camera that reflects light entering it thus placing the sensor next to the lens rather than behind it. This also adds space for an optical zoom solution. This theory of the sensor sitting beside the lens isn’t just pulled from the air as Huawei have shown it to be possible with the P30 Pro that launched earlier this year.

Like most graphic artists, Smit is of the opinion that Apple should do away with the notch and his concept shows the front-facing camera sitting under the display. A concept which has gained traction in recent days as OPPO has officially unveiled a prototype handset that boasts this very feature.

A related report by CultofMac states, “And Samsung is still trying to drum up interest in its Sound on Display (SoD) technology, which builds the speaker into the display. But there’s no known option for hiding the TrueDepth camera that makes FaceID and Animoji possible. Of course, a concept design like the iPhone Pro doesn’t have to concern itself with what’s currently possible. Still, it’s not a crazy dream like the iPhone Z. This is something Apple could introduce in the coming years.”