2019 will see the introduction of some massive smartphones

Hold out two hands: You'll need them, as handsets become huge & cameras get crazier. But folding may be an option! 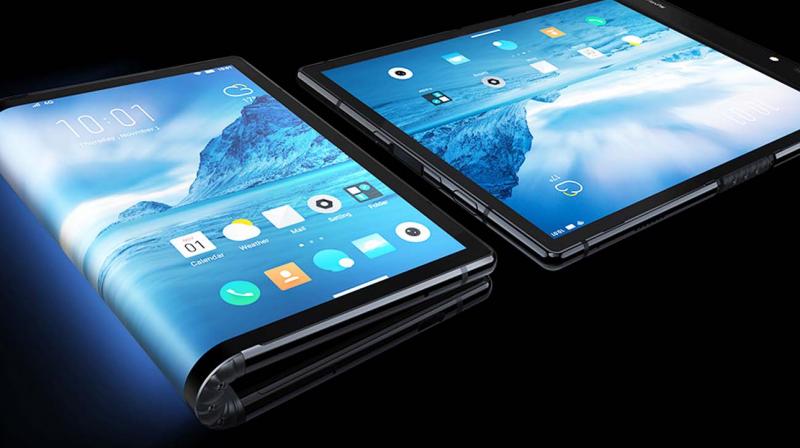 These oversized handsets mean the batteries are becoming bigger too.

Prepare to kiss those small smartphones goodbye. The mega-phone trend crept upon us this past year. Samsung's Galaxy Note 9 came with a 6.4-inch screen. So did the OnePlus 6T. The iPhone Xs Max topped them with a 6.5-inch display. And 2019, is set to push the envelope even further.

GlobalData put out has a report: 'How Big Can Phones Get?' which concludes: A 7-inch phone is inevitable. In fact Asus, Lenovo and Huawei have test-launched them in some Asian markets. It seems like madness, as phones become phablets. But surprise, surprise: no one's complaining. What happened to the Little Wonders, we could slip into a shirt pocket or operate with one hand? Seems, like Godzilla, Size Does Matter -- and the Bigger is Better, as phones become our tools for instant entertainment.

Airlines which used to provide individual screens in every seat to view the entertainment, now save money and stream the TV channels wirelessly, leaving passengers to view it on their own phones. You see how we are being subtly pushed to embrace jumbo phones?

These oversized handsets mean the batteries are becoming bigger too -- 5000 mAh will soon be common. And oh yes. there's now, room for 3 cameras or 4 or 5, on a phone. On this page last month we reviewed the " world's first quad camera phone", Samsung Galaxy A9, with 4 lenses on the rear: a standard lens, a depth sensor, a wide angle and a telephoto.  Expect more camera craziness in the new year.

There are rumours that Nokia 9 when it comes in 2019, will feature up to 5 Carl Zeiss cameras on the back. A US-based company called Light, co-founded by Indian Dr Rajiv Laroia, is offering a 9-camera solution that is expected to find a phone maker featuring it in 2019.

If phones get just bigger and camera-heavy in the months to come, that is worth two reluctant cheers, We will reserve the third for some truly innovative feature. What might that be?

Perhaps we can get used to jumbo phones,  provided they can be folded away to a convenient carrying size. This is not just wishful thinking. Samsung has promised a foldable phone soon. And a Chinese startup, Royole stunned the world in October with the world's first commercial foldable smartphone, the FlexPai, a combo of phone and tablet with an unfolded screen size of 7.8 inches with full HD+ and twin cameras. It began shipping a few days ago for $ 1588 (that's over Rs 1 lakh).  Looks like bendable phones may soon be the way forward to accommodate those huge screens.

The e-SIM could be another game changer. It means no more fiddling with micro and nano-SIMS, trying to break them free and placing them on flimsy trays. They will be virtually embedded in the phone's processor chip and can be activated by any service provider. Apple in the US showed this can be done. I'm guessing by the time 5G rolls out, Indian cell phone providers will agree to work with e-SIMs.

And when will that be? Not before late 2020. As we slip into 2019, 4G still rules, but if you are spending money on a new phone, it might not be a good idea to splurge on a high-end handset, which will be rendered obsolete once 5G kicks in.  A value-for-money phone like the one reviewed alongside might serve you very well in 4G's sunset year.