FutureBuds review: Airpods Pro look-alikes that are a bit rough around the edges 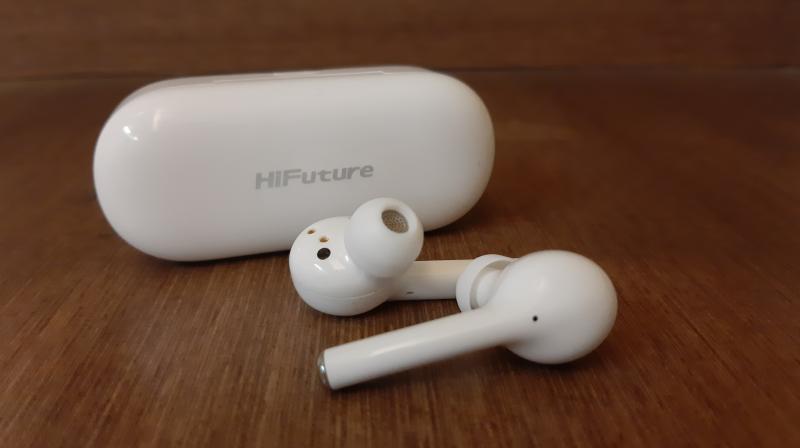 The FutureBuds mark international well-known audio brand HiFuture’s debut into India’s large personal audio products market. Already spread in over 30 countries abroad, it entered the Indian market with these pair of ‘most advanced’ True Wireless earbuds that came with Bluetooth 5.0, 500mAh battery life as well as up to 4 mics in-built for binaural, good quality calls. At least, it said so.

We used and reviewed the earbuds on various aspects and have penned everything we encountered therein below, so you could take an informed decision if you were planning to purchase the product.

While we’re not comparing the two and they compete in completely different price ranges, it’s very hard to miss that the FutureBuds look very similar to Apple’s recently launched Airpods Pro. 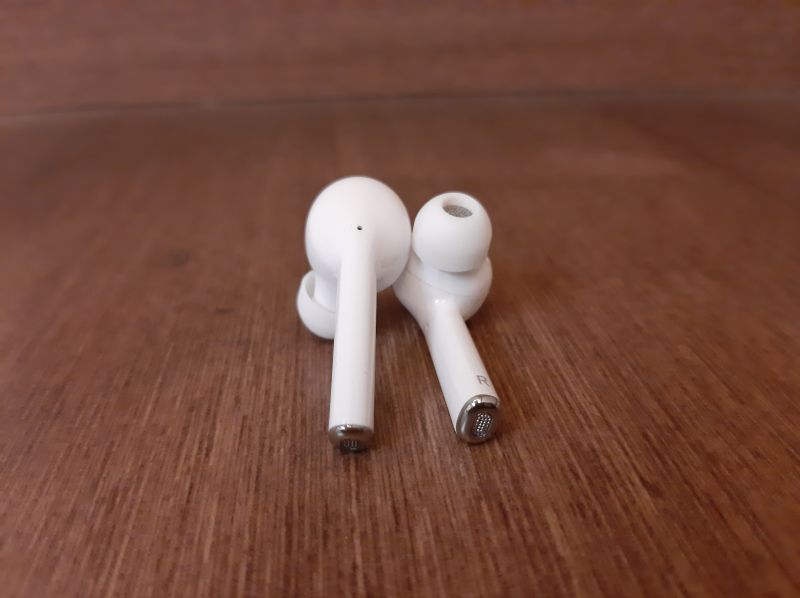 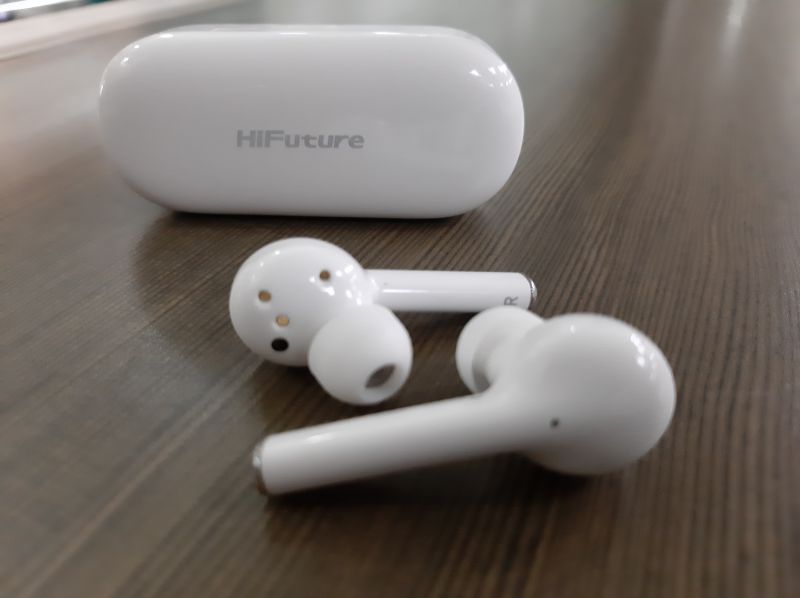 During use, the build, sturdiness of the earbuds pair came through and they didn’t feel vulnerable, delicate or badly built at all. However, we must say that this same finesse doesn’t seem to flow into the case.

Light in weight, plastic body with a glossy finish, the case felt a little insecure for the earbuds, during handling. Compared to its competition, we did find it to be even slightly more flimsy. 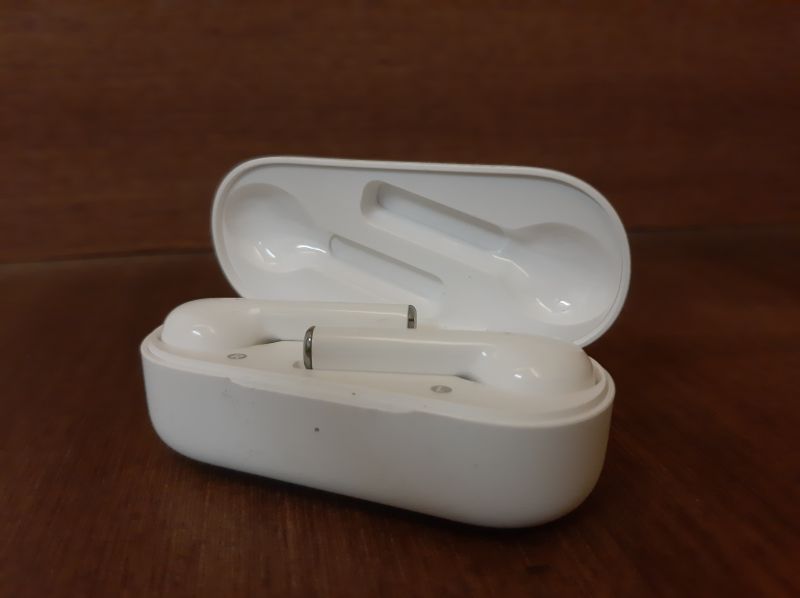 However, moving on talking about the design then there were some issues with the earbuds. Built with a touch-sensitive area, it promised to let simple taps do the job for play/pause functions and call responses, as well as digital assistant support without delay. However, the design and touch sensitivity became a pain as it ended up disrupting calls and messages after brief brushes. It’s worth a small mention here that the pair did not support any other function than play and pause, and digital assistant support from its controls. However, we’d pour in-depth over it later as we talk about performance.

Being true wireless earbuds, there are not only these matters of concern (i.e touch sensitivity) but also that of its fitting ability into the ear canal. While running-like activities would keep the earbuds secure in their place, other more rigorous movements can risk the security of the device. 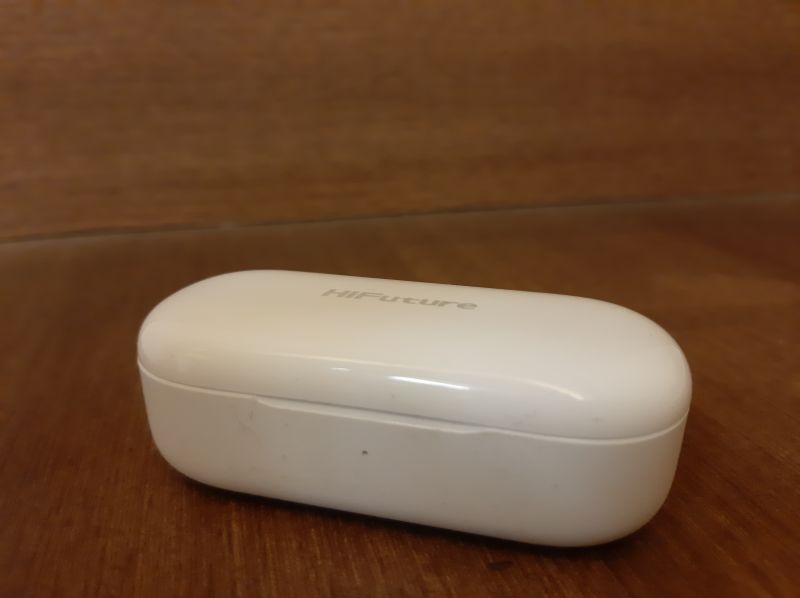 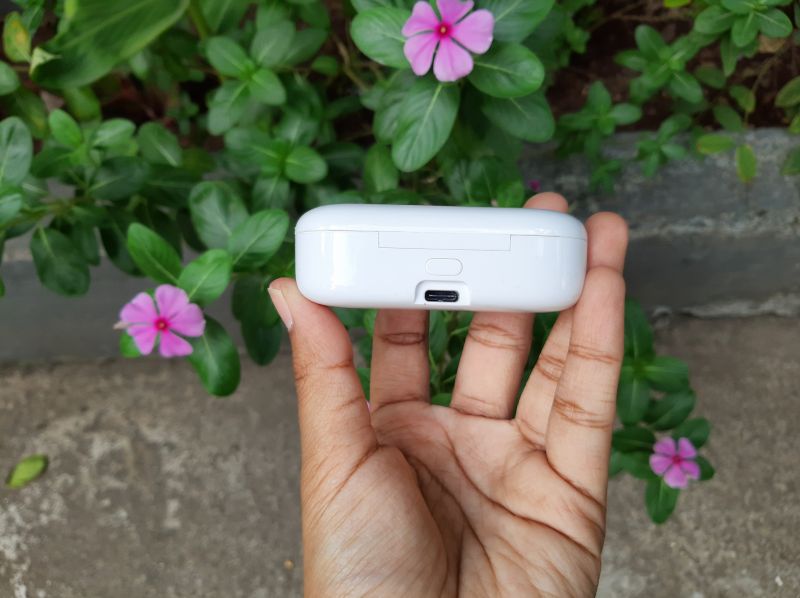 The design of the case wielded an LED Indicator at the front, while the back had an MFB button for pairing the earbuds with new devices and a USB-C port for charging. Meanwhile, the lid which locked magnetically had the HiFuture logo emblazoned on it. The button, charging point as well as the indicator were all easy to use and served their purpose in their positions well.

Making up for the design and build shortcomings, the audio quality on the FutureBuds was quite good. Citing sensitivity between 20 to 20,000Hz, the earbuds managed to pick on every sound around.

The audio didn’t split, break or get unclear at high volumes. Even while streaming shows on the earbuds, background sounds came quite clear. For its price and its specifications, the output satisfied our expectations. 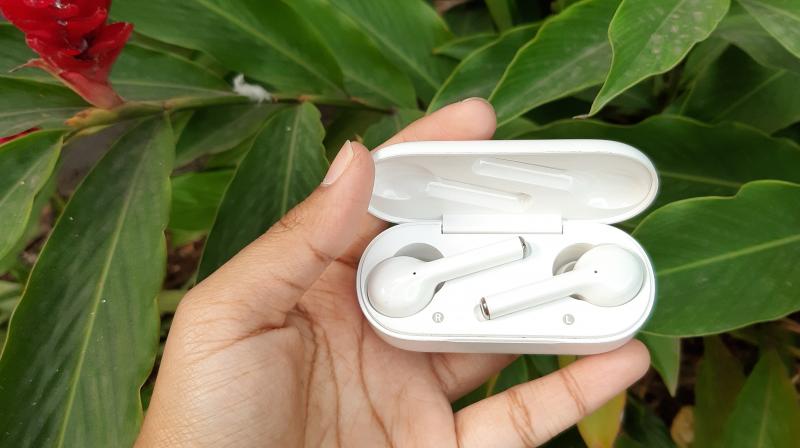 Now, talking about our expectations from these 4 mic wielding earbuds, they were disappointed when we encountered poor audio quality during calls. This is because the product specified having automatic environmental noise cancellation (ENC) for the mics, but we experienced poor audio quality even due to construction sounds which were at least a hundred metres away.

As aforementioned, there was also a problem of accidental disconnection during calls. However, that wasn’t the only problem with its controls. The FutureBuds only supported three types of functions- Play/Pause audio, Connect/Disconnect calls, and digital assistant activation. Surprisingly, for a device at its price, it did not enable functions like track switching and volume modification.

Another peculiar thing we encountered was the device’s MFB button. The FutureBuds would not connect with any Bluetooth device, not previously paired with, without activation from its MFB button. This would involve pressing and holding the button on the back of its case, which we felt was an unnecessary and avoidable hassle. Other earbuds we have used don’t employ any such sort of function completely.

And finally, our biggest problem with the FutureBud earbuds which we also think is quite crucial is its Bluetooth connectivity. Of the two,unprovoked,  one of the earbuds would sometimes automatically disconnect. Meanwhile, the other went into monopod mode and remained so. Until, we found out the only remedy for it was to completely reset the device. Thus we'd recommend HIFuture to work on this.

With a 500mAh battery slated to give 25-hours of playtime, these FutureBuds fare pretty well, over the others in its very price range. Multiple others in the competition only give 20 to up to 24 hours of it.  The earbuds too, being 55mAh each, and give an impressive nearly 6 hours of playtime.

Charging for the case took around 1-hour 10 minutes to go from red (drained) to green (fully charged) coloured indicator, which is good. 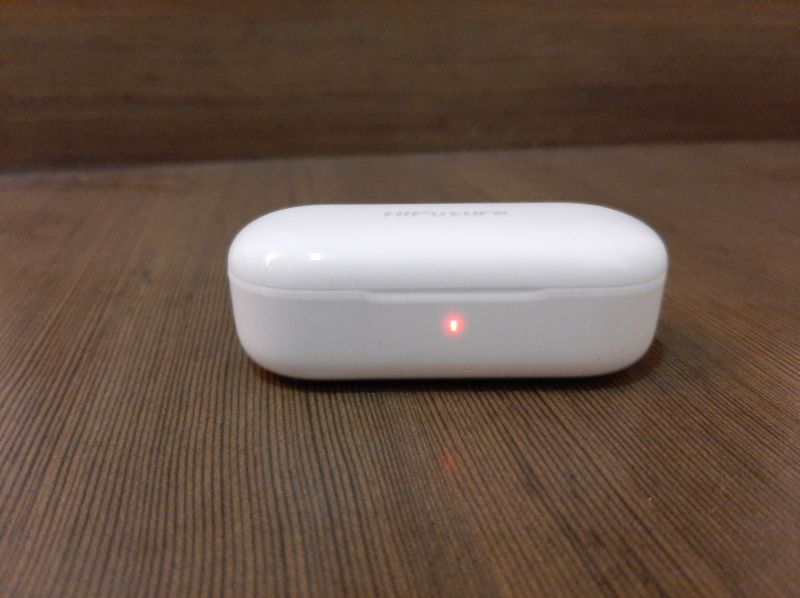 While we liked this, our problems with this pair of earbuds were with its indicators. While connected with the Bluetooth device (our smartphone), it indicated its battery level as 90 per cent in spite of being inside its charging case for hours together. A good part, however, was that with its dual-switch function, battery levels for the two earbuds wouldn’t be inter-dependable and once disconnection was detected the idle earbud would go into battery conservation mode. Thus, even if one would run out while being used as a pair later, there is the capability of the other carrying on the task with barely any interruption.

In itself, the earbuds are quite good with a roaring battery life and pleasing audio  quality. At its price, its battery life leaves others behind by quite a length. So conclusively we would definitely recommend this product as an audio listening device.

However, being on the slightly higher-priced end the makers should try to perfect the design and functional aspects of the FutureBuds. That way, it would be a complete all-rounder leaving even the purchaser completely satisfied with their money.