Geingob was in a tight race with Panduleni Itula, a member of his own political party, SWAPO, who was running as an independent. 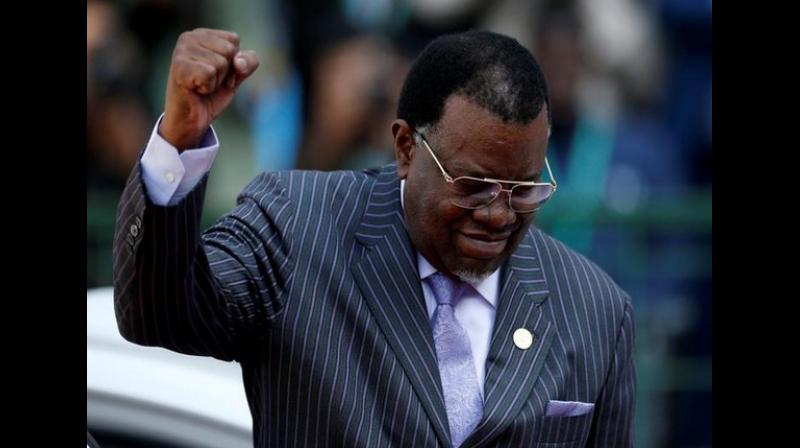 First elected in 2014 after sweeping 87 pc of the vote, Geingob was in a tight race this time with Panduleni Itula, a member of his own political party South West Africa People's Organization (SWAPO), who was running as an independent.

Geingob has been re-elected despite a recession and a corruption scandal that has fuelled popular discontent.

Geingob on Saturday took to social media to thank Namibians for returning him to the office and promised to serve the nation "with more passion and utmost dedication" with an aim to "bring tangible improvements" to the lives of the citizens.

"I wish to thank Namibians for re-electing me as their President. I am humbled and commit to serve the Namibian nation with more passion and utmost dedication, to bring tangible improvements in the lives of our citizens. I have heard you," Geingob wrote in a Facebook post following his win.