14 people killed in attack on Protestant church in Burkina Faso

The identity of the gunmen is yet to be ascertained. 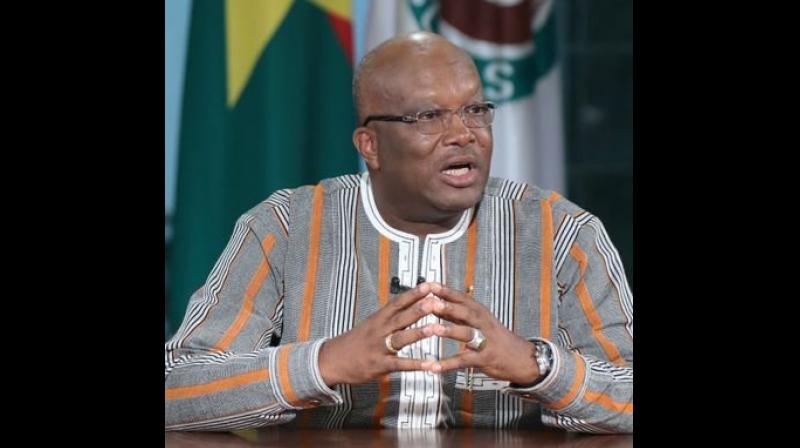 'I condemn the barbaric attack on the Protestant Church of Hantoukoura in the department of Foutouri which left 14 dead and several wounded,' President Roch Marc Christian Kabore tweeted. (Photo: Twitter | @rochkaborepf)

Ouagadougou: At least 14 people were killed in an attack on a Protestant church during Sunday services in Burkina Faso, confirmed President Roch Marc Christian Kabore.

"I extend my deepest condolences to the grieving families and wish a speedy recovery to the injured," he further stated.

The identity of the gunmen is yet to be ascertained.

Since 2015, Burkina Faso has been facing a spate of terrorist attacks, in which more than 500 people were killed and over 280,000 displaced including more than 9,000 pupils.

The West African country has seen an upsurge of terror attacks over the last few days.