More than 100,000 leaked documents and emails that showed improper dealings in lucrative government contracts by business friends of Zuma. 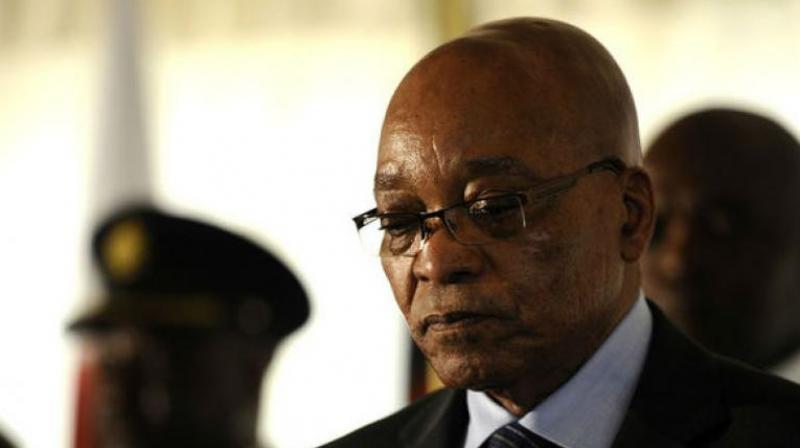 Some South African media reported on Thursday they had access to more than 100,000 leaked documents and emails that showed improper dealings in lucrative government contracts by business friends of Zuma.

The latest allegations of influence-peddling may deepen divisions in the ANC as factions battle for control ahead of a party conference in December where a successor to the beleaguered, scandal-plagued Zuma will be chosen. Zuma can remain as head of state until an election in 2019.

Zuma and the Gupta family, wealthy Indian-born businessmen whose companies have contracts with state-owned firms, have not commented but have denied similar allegations in the past. Reuters could not independently verify the new allegations.

"These reports contain very worrying claims about the nature of the relationship between government and private interests," the ANC said in a statement, calling on government to urgently establish the veracity of the leaks.

"The ANC views these allegations in a very serious light as, if left unattended, they call into question the integrity and credibility of the government."

The ANC statement appeared to contradict Zuma, who said at a parliamentary session on Thursday that he was not interested in "hearsay" published in newspapers.

ANC spokesman Zizi Kodwa told ENCA television that allegations Zuma's son Duduzane Zuma had acted as a middleman between the government and private interests should be part of any investigation.

The political turmoil is hobbling Africa's most developed economy, with data showing on Thursday that unemployment had risen to a 14-year high, while spooked local investors are offloading government debt.

A backroom schism in the ANC over Zuma has burst into the open in recent weeks as his opponents seek to oust him or ensure his chosen candidate does not take over the reins.

Analysts say Zuma's camp will back his ex-wife and former African Union chair Nkosazana Dlamini-Zuma in December, while another faction will support Deputy President Cyril Ramaphosa. "This week we have seen there are clearly two ANCs," said political analyst Daniel Silke.

"One ANC sees very little wrong with crony capitalism, kickbacks and shady payments. The other ANC sees the reputation of the party among the electorate disintegrating and fear the real possibility they could lose power."

Opposition parties have made upbeat comments about unseating the ANC in 2019, an unthinkable scenario a few years ago for a party that has led comfortably since it swept to power under Nelson Mandela at the end of white-minority rule in 1994.

Zuma survived a call to resign at an ANC meeting last week due to disputes over political appointments and his friendship with the Gupta family. Parliament is expected to hold a no-confidence vote on Zuma later this year, but he has survived similar attempts before.

When Zuma sacked respected finance minister Pravin Gordhan in March, three of the top six members of the ANC, including Ramaphosa, openly criticised his decision, breaking the party's strict rule of showing unity in public.

Gordhan's replacement, Malusi Gigaba, has been accused of having close ties to the Guptas. Gigaba said on Friday that he had done nothing wrong and the leaked documents would not link him to the family.

Separately, a local court has granted Zuma the right to appeal an earlier order that he provide reasons for his decision to fire Gordhan.