Zimbabwe swears in new Cabinet after 37 years of Robert Mugabe

Assembling a cabinet has not been without mishaps. 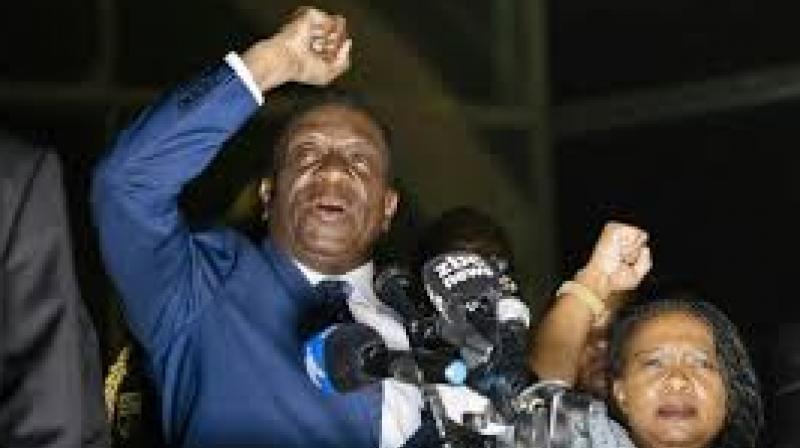 Emmerson Mnangagwa swore in his cabinet on Monday, with allies defending him against criticism for giving top posts to the generals who helped his rise to power. (Photo: AFP)

Harare: Zimbabwe's new president Emmerson Mnangagwa swore in his cabinet on Monday, with allies defending him against criticism for giving top posts to the generals who helped his rise to power.

Sworn in as president on November 24 after 93-year-old Robert Mugabe quit following a de facto military coup, Mnangagwa has also come under fire for bringing back several faces from the Mugabe era, including Patrick Chinamasa as finance minister.

Air Marshall Perrance Shiri, who was handed the sensitive land portfolio, defended his appointment in remarks to reporters after a simple ceremony to take oaths of office.

"Who says military people should never be politicians? I'm a Zimbabwean so I have every right to participate in government," he said.

Shiri is feared and loathed by many Zimbabweans as the former commander of the North Korean-trained '5 Brigade' that played a central role in ethnic massacres in Matabeleland in 1983 in which an estimated 20,000 people were killed.

Land is a central political issue in the southern African country, where reforms in the early 2000s led to the violent seizure of thousands of white-owned farms and hastened an economic collapse.

Another military figure is foreign minister Sibusiso Moyo, whom most Zimbabweans remember as the khaki-clad general who went on state television in the early hours of November 15 to announce the military takeover.

He declined to discuss the cabinet saying he had yet to get into his new office.

Assembling a cabinet has not been without mishaps.

Mnangawa dropped his initial pick as education minister on Saturday, 24 hours after appointing him, after a public outcry and reshuffled two others to meet a Constitutional requirement that all but five ministers be Members of Parliament.

This has left the information portfolio vacant after he named Chris Mutsvangwa, the influential leader of the war veterans' association, as special advisor to the president.

Mutsvangwa has defended the cabinet, which at 22 is smaller than Mugabe's 33-strong team, saying the two military appointments were not unique to Zimbabwe.

He also said Mnangagwa had "engaged" the opposition MDC party about taking part in an "inclusive" government, but its leader Morgan Tsvangirai had blocked it - a claim disputed by the MDC.

"As far as we are concerned there was no contact whatsoever between President Mnangagwa, ZANU-PF and our party regarding the possibility of inclusion or involvement of our members in the government," MDC Vice President Nelson Chamisa said.