The armed groups accused of abuses by the UN operate in areas where Mali's army and state is absent or has a very limited presence. 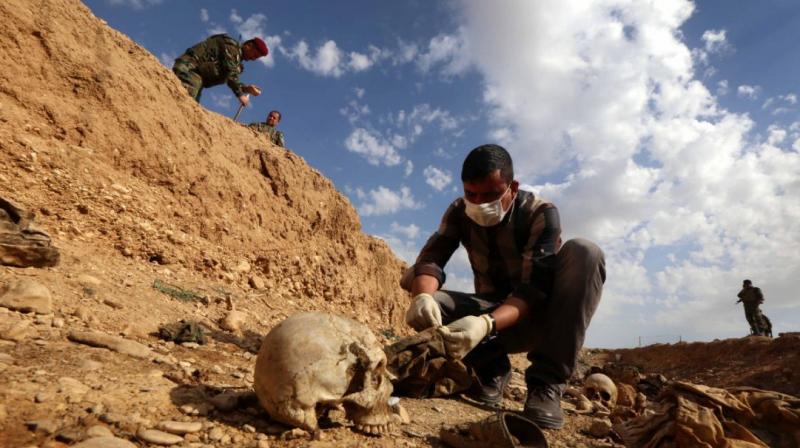 Bamako: The United Nations said Saturday it was investigating mass graves found in a northern Mali town along with a slew of human rights abuses committed by armed groups vying for control of the area.

The pro-government Platform group has clashed repeatedly with the former rebels of the Coordination of Movements of Azawad (CMA) since June, violating a 2015 peace deal they signed aimed at ending separatist unrest and jihadist inroads into Mali's north.

The UN mission in the country said in a statement that human rights investigators had uncovered evidence of forced disappearances, kidnapping and robbery around the strategic city of Kidal.

The investigators further uncovered "the existence of individual tombs and mass graves" in the town of Anefis, the statement added, but warned they were not "able to establish at this stage the number of people buried or the circumstances of their deaths."

The UN also raised fears of the "possible presence" of child soldiers among the ranks of both armed groups, which if confirmed would "constitute serious children's rights violations at a time of armed conflict."

Northern Mali is the site of frequent clashes between the rival armed groups, as well as a haven for jihadist activity, though fighting between Platform and CMA combatants has intensified in recent weeks.

Sources told AFP in late July that "dozens" of members of the GATIA militia were killed in clashes monitored by a UN helicopter that later crashed accidentally, killing two German crew.

The ongoing conflict dates back to 2012, when key cities in northern Mali fell under the control of jihadist groups linked to Al-Qaeda, who exploited an ethnic Tuareg-led rebel uprising.

While the Islamists were largely ousted by a French-led military operation, attacks have continued on UN and French forces, civilians and the Malian army.

The armed groups accused of abuses by the UN operate in areas where Mali's army and state is absent or has a very limited presence, including in Kidal, a city still controlled by the former rebels.