Rhino Hunter killed by elephant, eaten by pride of lions 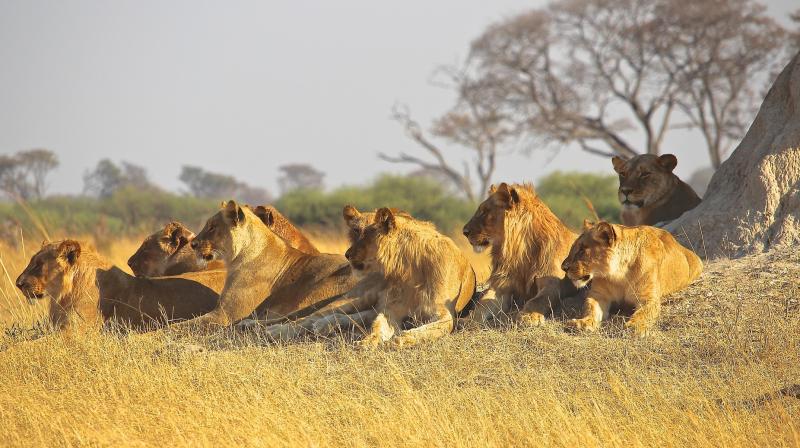 The four poachers, who survived, were arrested and will appear in court ‘in due course’. (Representational Photo)

The fifth, allegedly, was killed by an elephant and later eaten by a pride of lions, park officials said in a statement.

Glenn Phillips, director of Kruger National Park, made it clear that entering the park on foot is not wise as it has many dangers and the incident is one of recent attempts to do so.

The four poachers, who survived, were arrested and will appear in court ‘in due course’. They will remain in custody until Friday, pending bail, reported Times Live, a news site in South Africa. Authorities have launched a thorough investigation into the poacher’s death and his companions.

Police official Leonard Hlathi told Times Live that the elephant attacked abruptly, killing the man in a flash. The accomplices carried his body to the road so that trespassers could find it in the morning. ‘They then vanished from the park,’ Hlathi said.

The poachers informed the dead man’s family, which then called Don English—regional ranger for Skukuzu—the most popular game reserve in the country. Don English assured them, that he would do whatever he could to recover the body.

A search party of rangers on foot and a few in air scoured the area on Wednesday but there was no trace of the dead man. They resumed their efforts on Thursday and finally found the remains of the body near Crocodile River. This area, according to Kruger National Park website, is a popular destination for lions. It also houses a considerable chunk of Rhino population. The team could only find the dead man’s head and his pair of pants. The rest, as suspected, was eaten up by the lions.

“It is a sorry site to see daughters, mourning the loss of their father, in such a state,” said Phillips offering his condolences for the dead man. “Its worse to see that we are only able to recover so little of him.”

After the arrests of the other 4 poachers, authorities seized two .375 hunting rifles and ammunition. They were charged with firearm possession without a licence and trespassing, as reported by Times Live.

South Africa is home to 80 per cent of the world’s rhino population.