She was stopped from taking her baby to the chamber by the guard, but she insisted on being with her child. 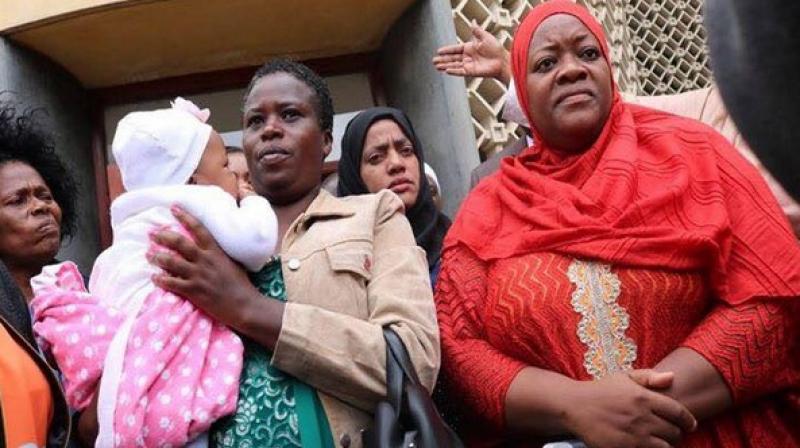 A female lawmaker, Zuleikha Hassan, was asked to leave the Kenyan Parliament after she brought her 5-month-old baby along. (Photo: ANI/Hassan's Facebook Account)

Nairobi: A female lawmaker, Zuleikha Hassan, was asked to leave the Kenyan Parliament after she brought her 5-month-old baby along.

Even though children are not allowed in the Parliament, the lawmaker took the step after she could not find a sitter. Her move also highlighted that the Parliament lacked a daycare centre, even though one was promised back in 2013, according to CNN.

She was stopped from taking her baby to the chamber by the guard, but she insisted on being with her child.

CNN described a video of the incident and reported that she was surrounded by security guards as she held on to her baby daughter. Deputy Speaker Christoper Omulele repeatedly ordered the lawmaker to exit the premises.

"I was just tired. I mean young women all over the country are facing worse situations. They can't afford a nanny, and they have to decide whether they should breastfeed their child or go to work," Hassan told CNN.

The Kenyan lawmaker added that she knew she would be sent out, but decided against missing the session.

"Private companies have such provisions, but as the highest lawmaking body of the country, really we should be an example," Hassan stated.

Some parliament colleagues supported Hassan as she was asked to leave, even though a few others opposed her move.

"We are trying to encourage more women to come into politics, to come into the workspaces, to get out and help out the economy in other ways, so we have to support them," Hassan lastly said, calling for family-friendly workspaces for mothers.