The arrest occurred after a 'plan to cause an explosion' was 'discovered and dismantled' at El Palito refinery, authorities say 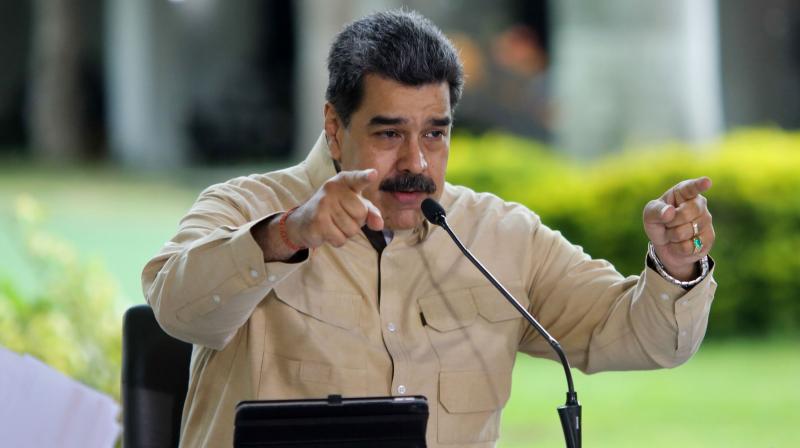 Caracas: President Nicolas Maduro said Friday that an "American spy" had been arrested near two Venezuelan refineries, after authorities foiled a plot to "cause an explosion" at another oil complex.

"Yesterday we captured... an American spy who was spying in Falcon state on the Amuay and Cardon refineries," Maduro said in a televised address.

According to Maduro the individual was "a marine who was serving as a marine at CIA bases in Iraq" and who was captured with "heavy weapons" and "large amounts of cash."

The arrest, he said, occurred after authorities on Wednesday "discovered and dismantled" a "plan to cause an explosion" at El Palito refinery -- the closest to Caracas -- located in Carabobo state.

Maduro did not say, however, where the individual was being held.

Last month two former US soldiers, Luke Alexander Denman, 34, and Airan Berry, 41, were sentenced to 20 years in prison in Venezuela on charges including terrorism, after a failed bid to invade the Caribbean country last May.

Just hours before Friday's announcement, the Venezuelan government said it was establishing an "emergency plan" intended to regulate "fuel distribution" in light of severe gasoline shortages in the country, where people wait in lines stretching miles (kilometers) to fuel up their vehicles.

Venezuela suffers fuel shortages despite having the largest proven oil reserves in the world.

The petroleum industry was the cornerstone of Venezuela's economy a century ago, but production has fallen to a fraction of the 3.2 million barrels per day produced just over a decade ago.