The accident comes just weeks after another collision killed dozens in Kenya, which has notoriously dangerous roads. 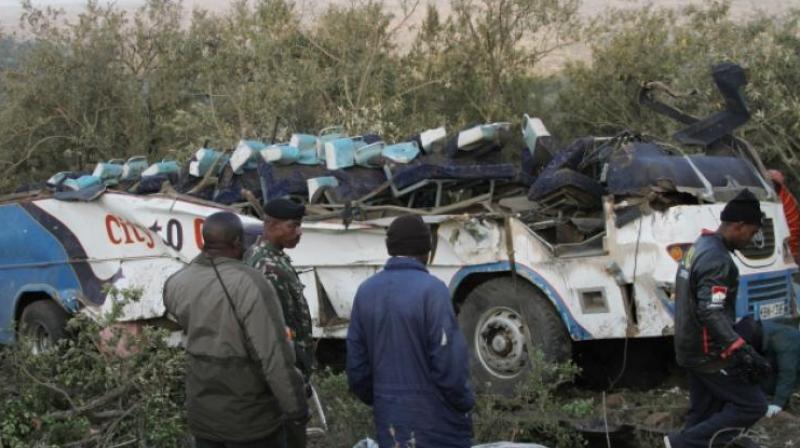 Nairobi: At least 19 people were killed in a crash between a bus and two trucks early Saturday in Kenya, police said.

The accident comes just weeks after another collision killed dozens in Kenya, which has notoriously dangerous roads.

"We had a bad accident this morning where we lost 18 people on the spot," police commander Hassan Barua said.

Another passenger died in hospital. Police said the bus hit two trucks while trying to overtake in the village of Gilgil, around 120 kilometres (around 75 miles) northwest of Nairobi.

Several other people are still in hospital, including the drivers of the trucks involved in the accident, police said.

Kenyan police estimate around 3,000 people die each year on the country's roads while the World Health Organisation puts the figure at four times that amount, at around 12,000 deaths.

At least 26 people were killed in April in head-on collision between a bus and a truck on a highway between Nairobi and the country's second-largest city Mombasa.

In December, a tanker smashed into several other vehicles before exploding, killing at least 40 people.