Earlier in June this year, at least two people were killed in a terror attack at a luxurious resort frequented by tourists in Mali. 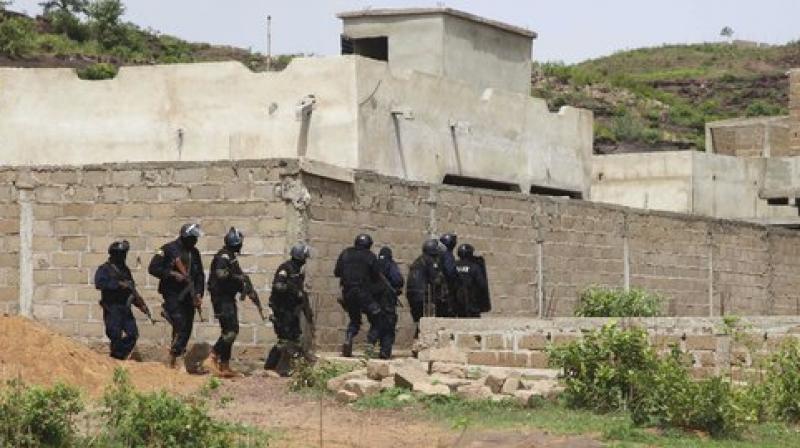 Three foreigners, a Malian civilian and a Malian soldier were killed in the latest high-profile assault in north and west Africa targeting locals and tourists, including in neighbouring Burkina Faso and Ivory Coast. (Photo: AP)

Mumbai/ Ouagadougou: The death of 18 people, mostly foreign nationals, dinning at an upscale restaurant in Africa, has again made terrorists successful in their attempt to target tourists.

On Sunday, terrorists cold-bloodedly gunned down people at Turkish restaurant in Burkina Faso. The place has Muslim population. This incident once again brings to fore how foreigners touring in parts of Africa are being targeted by terror outfits.

Surprisingly, ISIS and al-Qaeda have claimed the responsibility of the bloodbath.

A French national and a Turkish citizen were among those killed in Burkina Faso attack.

The Burkina Faso terror attack comes almost after a year. In June last year, over 20 people, mostly foreign nationals, were killed by three unidentified gunmen, who crashed into plush hotel in Burkina Faso’s capital and held more than 126 people hostages.

29 people from 18 countries, including Canada, France, Netherlands, Portugal, Switzerland, Ukraine, and the US were killed in the strike. An Islamist extremists group, AQIM, had claimed responsibility for the attack.

Sunday's terror strike is the fourth such attack this year in African countries’ luxurious hotels or restaurants where foreign nationals were targeted with the same modus-operandi.

Apart from eateries, shopping malls and tourist hubs have also been targeted by terrorists. This gives them more opportunity to accomplish their mission of teaching lesson to western countries.

Earlier in June this year, at least two people were killed in a terror attack at a luxurious resort frequented by tourists in Mali. The authorities identified one dead person as a French-Gabonese citizen, but could not identify the other foreign national.

The June incident was the second such attack in Mali. In November 2015, heavily armed gunmen, shouting ‘Allahu Akbar’, stormed into the luxurious Radisson Blu hotel in Bamako and killed at least 21 people and took more than 175 people hostage.

In June this year, gunmen clad in military uniform stormed into a Somalia restaurant killing at least 31 people.

For Islamist extremists, entering a Muslim-majority country is a cakewalk compared to western countries, Europe and the United States. With an upsurge in terrorist attacks, western countries have made stringent norms for entry into these countries.

In this regard, the newly elected US President Donald Trump, in May, had put a travel ban on six Muslim countries. Britain and France, the most attacked countries since 2016, have also made necessary amendments in their immigration process.

The recent terror attacks are largely weighing on tourism in poor African nations, which are one of the economical options for foreign nationals for refreshment. The African nations also largely rely on tourism as their main source of revenue.