In a first, Congo punishes militia members for gangraping children

Young girls were raped in the militia members' superstitious belief that it would make them ‘impervious to bullets.’ 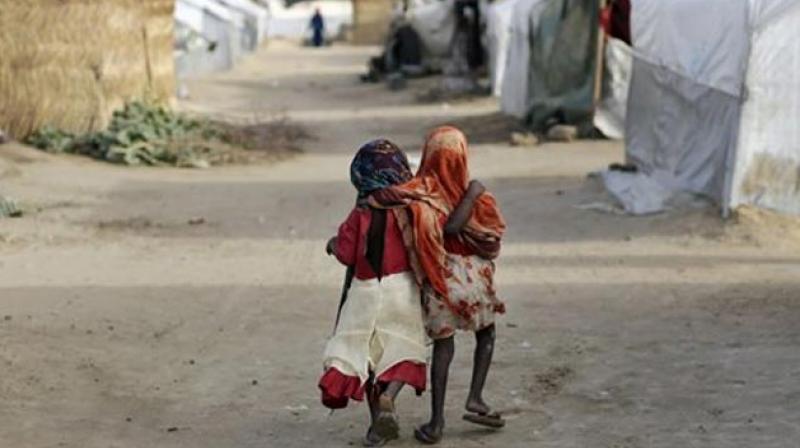 The court awarded USD 5,000 to each victim of sexual violence and USD 15,000 to the families of those killed for criticising the militia's actions. (Photo: AP/Representational)

Kinshasa (Congo): In a groundbreaking trial in a country where sexual violence is rampant and perpetrators often go unpunished, a military court in eastern Congo has sentenced 12 militia members to life in prison for the gang- rapes of dozens of children as young as 11 months old, and for murder.

The court Wednesday convicted provincial deputy Frederic Batumike for organising the violence that began in 2013 and continued for years in the village of Kavumu, about 25 kilometres north of Bukavu city.

Young girls were raped in the militia members' superstitious belief that it would make them "impervious to bullets," a United Nations report said earlier in 2017.

The court awarded USD 5,000 to each victim of sexual violence and USD 15,000 to the families of those killed for criticising the militia's actions.

The organisation Physicians for Human Rights called it the first time a sitting government official in Congo had been found guilty of "superior responsibility for crimes he and his militia, whom he controlled and financed, committed."

Immunity was waived for Batumike, a member of parliament, to stand trial.

"This trial demonstrated that justice can be served in the Congo, when an investigation is effectively carried out and evidence is methodically collected, even when the accused wield significant power and are highly organised," said Karen

Naimer, director of the organisation's program on sexual violence in conflict zones.

She said it is now the responsibility of Congolese authorities to use similar measures to "rigorously pursue other cases of sexual violence" across the vast Central African country.

The US Embassy said on Twitter that the court's decision marks an important step for justice and the respect of rights in Congo.

Families and victims expressed relief at the verdict.

"Following years of silence, motivated by fear and denial, their suffering has been brought to light and recognised publicly," said Charles Cubaka, spokesman for the lawyers representing the victims. "The long road ahead for the recovery of these young girls can now proceed."