Keita is current chairman of the G5 Sahel group a coalition of five western-backed Saharan countries that have pledged to fight terror. 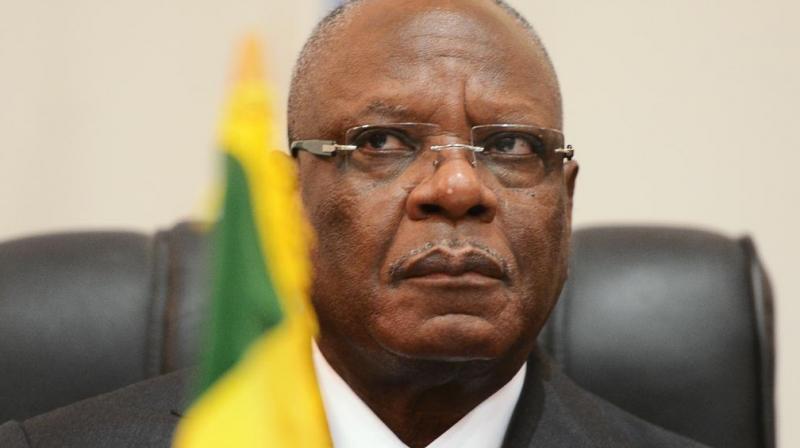 Ouagadougou: Mali's President Ibrahim Boubacar Keita made a trip to Burkina Faso on Tuesday after terror attacks on both countries, declaring the Sahel nations were united against jihadism.

Keita is current chairman of the so-called G5 Sahel group a coalition of five western-backed Saharan countries that have pledged to fight terror. "The G5 Sahel is united in the face of terrorism," Keita said in a statement to the press at the presidential palace in the capital Ouagadougou, alongside Burkinabe President Roch Marc Christian Kabore.

"We will not give up, they won't scare us," Keita said. "They will not succeed in making us cower in our homes." On Sunday, 18 people including at least eight foreigners were shot dead in a Turkish restaurant in Ouagadougou in the latest attack in West Africa to target a spot popular with expatriates. There has been no claim of responsibility for the assault.

The restaurant is just 200 metres (yards) from a hotel and cafe targeted in an assault in January 2016 that left 30 people dead and 71 wounded, many of them foreigners. That attack was claimed by Al-Qaeda in the Islamic Maghreb (AQIM).

On Monday, gunmen attacked two United Nations bases in Mali, killing a peacekeeper, a contractor and seven Malians. A gun attack in the early morning at a base in Douentza, in the central region of Mopti, was followed within hours by a gun-and-grenade assault a camp in Timbuktu in the northwest.

The "G5 Sahel" coalition gathers Burkina Faso, Chad, Mali, Mauritania and Niger countries that have been badly hit by jihadist attacks but whose military resources are thin.

France is pushing for the G5 to set up a joint force of 5,000 men, but the plan has met with worries over funding. An estimated 400 million euros ($471 million) is required to make it operational.