While the U.S. leads global infections, South Africa now ranks as the fifth worst-hit country in the pandemic with 350,879 cases 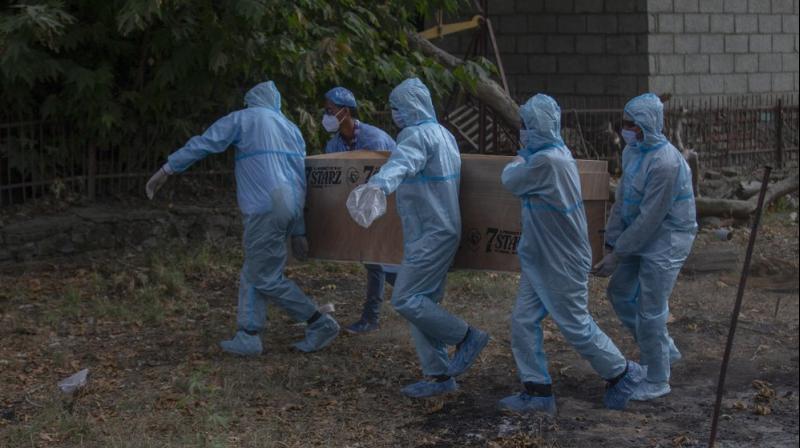 JOHANNESBURG: Countries from the U.S. to South Africa to India were struggling to hold down rising rates of the coronavirus, as global deaths from COVID-19 surged past 600,000 in a sign of how far off the world remains from a return to normalcy.

While the U.S. leads global infections, South Africa now ranks as the fifth worst-hit country in the pandemic with 350,879 cases — roughly half of all those confirmed on the African continent. Its struggles are a sign of trouble to come for nations with even fewer health care resources.

India on Sunday reported a 24-hour record surge of 38,902 new cases, taking the country’s total to 1,077,618. Elsewhere in Asia, China confirmed 13 new cases in the northwestern city of Urumqi while South Korea reported less than 40 additional cases for a second straight day.

The Urumqi outbreak is the latest to pop up since China largely contained the domestic spread of the virus in March. At least 30 people have been infected and authorities are conducting universal testing in communities where cases were discovered, later to be expanded to other parts of the city and major businesses.

South Korean authorities are also struggling to suppress an uptick in local infections, with 34 additional cases, 21 of them domestic and 13 from overseas, raising the country’s total to 13,745 with 295 deaths.

Both countries are mandating testing and enforcing two-week quarantines on all overseas arrivals.

After a one-day respite, COVID-19 cases in the Australian state of Victoria rose again, prompting a move to make masks mandatory in metropolitan Melbourne and the nearby shire of Mitchell. Health officials on Sunday recorded 363 new cases in the past 24 hours. Two men and a woman in their 90s died, taking the national death toll from COVID-19 to 122.

The World Health Organization on Saturday again reported a single-day record of new infections with 259,848.

South Africa’s new coronavirus epicenter, Gauteng province, hosts the cities of Johannesburg and Pretoria and one-quarter of the country’s population of 57 million, with many poor people living in crowded conditions in the middle of a frosty Southern Hemisphere winter.

The number of confirmed infections worldwide has passed 14.2 million, out of which 3.7 million are in the United States. There are over 2 million in Brazil and more than 1 million in India. Experts believe the true numbers around the world are higher because of testing shortages and data collection issues in some nations.