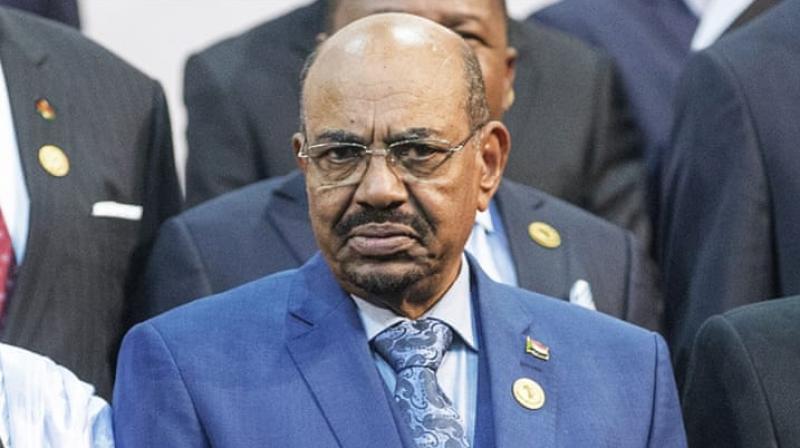 Cairo: Sudan's ousted autocrat Omar al-Bashir was back in court on Tuesday, this time facing charges of plotting the 1989 Islamist-backed coup that removed an elected government and brought him to power.

Dozens of people, mostly al-Bashir's supporters, gathered outside the courthouse in the capital, Khartoum, as the former president was brought from jail and the proceedings got underway.

The military overthrew al-Bashir in April 2019 amid massive public protests against his rule. Months after the overthrow, the army generals and a pro-democracy movement behind the protests set up a transitional government.

The 76-year-old al-Bashir has been jailed in Khartoum since his ouster, facing several separate trials related to his rule and the uprising that helped oust him. He is also wanted by the International Criminal Court on charges of war crimes and genocide linked to the Darfur conflict in the 2000s.

Sudan's transitional authorities announced in February that they have agreed to hand over al-Bashir to the ICC to face justice, as part of a deal with rebels to surrender all those wanted in connection with the Darfur conflict. But since that announcement, there has been no follow-up action on his extradition.

In one of the cases he faces in Khartoum, al-Bashir was convicted last December of money laundering and corruption and sentenced to two years in a minimum-security lockup.

In Tuesday's case, prosecutors accuse al-Bashir of plotting the 1989 coup that ousted the elected government of Prime Minister al-Sadiq al-Mahdi, according to the state-run SUNA news agency.

Al-Bashir is on trial along with over two dozen top officials in his government, including former vice president, Ali Ossman Taha, and former defence minister, Abdel-Rahim Muhammad Hussein, who is also wanted by the ICC over the Darfur conflict.

During his three-decade rule, al-Bashir kept an iron grip on power and brutally suppressed any opposition, while monopolizing the economy through allied businessmen.

After years of war, he was forced to allow the secession of South Sudan, a huge blow to the north's economy. He became an international pariah over the bloodletting in Darfur and the United States targeted his government repeatedly with sanctions and airstrikes for his support of Islamic militants.