World   Africa  22 May 2020  Portuguese resort to test all residents ahead of summer season
World, Africa

Portuguese resort to test all residents ahead of summer season

Portugal, which so far has nearly 30,000 cases and 1,277 deaths, is slowly easing restrictions from a mid-March lockdown 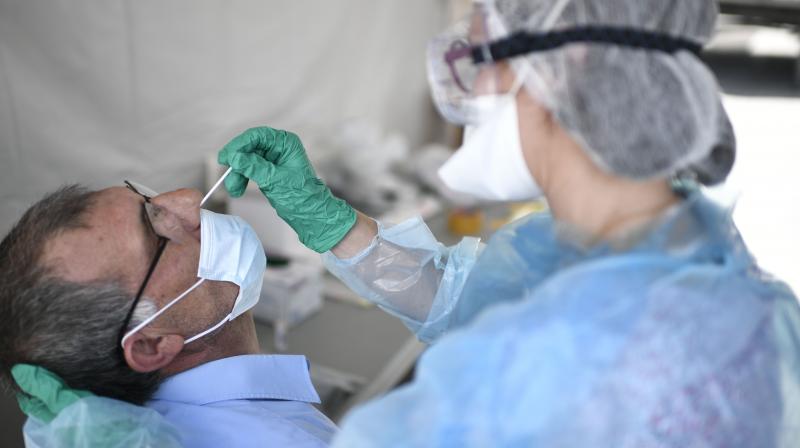 Cascais, Portugal: A popular beach town near Lisbon plans to be the first in Portugal to test all of its 200,000 residents for coronavirus antibodies to try and help them enjoy as normal a summer season as possible despite the crisis.

Born and bred in Cascais, loved for its beaches and golf courses, 57-year-old Marina Lima was one of the first to enter the tiny testing room when the initiative began on Thursday.

Results take 24 hours, and Lima hoped hers may clear her for spending more time with family, including a two-month-old grandson. “Having that information is very good,” she said.

The municipality of Cascais hopes to conduct 5,000 tests per week in a deal with pharmaceutical firm Roche. Each test costs five euros ($5.45) and is paid for by the municipality and several patrons, said Cascais’ deputy mayor Miguel Pinto Luz.

“These kind of initiatives also increase people’s confidence, which is needed now we are trying to restart the economy,” said Pinto Luz before himself being tested.

Mass antibody testing is being considered by many countries to speed reopening of economies.

Portugal, which so far has nearly 30,000 cases and 1,277 deaths, is slowly easing restrictions from a mid-March lockdown.

Although the tests show who has been infected by COVID-19, it is not yet clear whether the presence of antibodies confers permanent immunity.

Retiree Jose Ferreira, 79, will book an appointment to do his free test but has doubts.

“Experts say the test itself can give us an idea but not exactly whether we are immune or not,” the 79-year-old said as he walked by one of Cascais’ beaches.

“I hope it goes well, for the benefit of all.”

To coax people back outside safely, Cascais has come up with initiatives including a carefully-controlled food fair, free buses, vending machines for masks, and geometrical figures on grass to help sunbathers and picnickers keep apart.

“We miss being outside,” said 33-year-old Gabriela Ferreira at a park. “Here we feel safe and can still have fun.”