Worst of COVID-19 is yet to come in South Africa: Top scientist 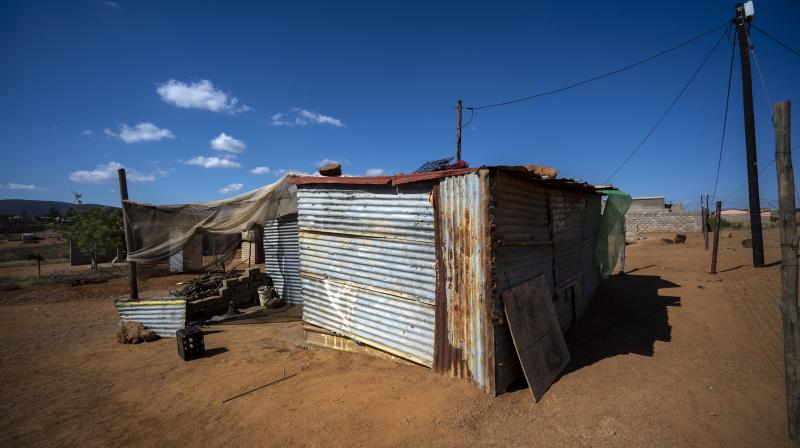 A rural village in the Moutse Valley, 160 kms (100 miles) north east of Johannesburg, South Africa, near the clinic where the Ndlovu Youth Choir waits to be processed for Covid-19 testing. (AP)

Johannesburg: The worst of the COVID-19 pandemic is yet to come in South Africa, warned top epidemiologist Salim Abdool Karim in wake of the country's coronavirus tally crossing the 1 lakh-mark and death toll nearing 2,000.

The infections and deaths have doubled in the past fortnight after lockdown regulations introduced three months ago were further eased to allow more businesses to open to save the faltering economy address rising unemployment.

But the internationally-acclaimed epidemiologist who heads the government's COVID-19 ministerial advisory committee said the country was still in a pretty good position compared to other countries, largely due to the early implementation of a total lockdown -- three months ago -- that gave time to South Africa to prepare itself.

As the epidemic looks right now, we are more or less where we anticipated we would be at this time of the epidemic, Karim told the website TimesLIVE.

From an epidemiological basis, we can expect that we will have a few hundred thousand cases by the end of July and that's just based on the current doubling time that we would expect that sort of situation to occur," he said.

With the arrival of winter and the country experiencing some of the coldest days and nights in over a decade, the COVID-19 virus is expected to grow even further.

We all know the worst is yet to come. All we can do is continue our preparation and hope what we've done will be enough to mitigate what's to come. This virus is here to stay for a little while - it's not going anywhere, Karim said.

Commenting on the rapid rise in infections and deaths, Karim blamed the relaxing of restrictions announced by President Cyril Ramaphosa as part of the five-level lockdown strategy.

By the time we got into level 4 restrictions, the epidemic was already starting to grow in the broader Cape Town area. We began to see quite substantial increases at the tail-end of level 4 restrictions and that has just continued to grow under level 3, he added.

Karim said the Western Cape Province had reached a fully fledged epidemic, even as he expressed surprise that the economic hub of Gauteng province with its much larger population had not been first.

I don't fully understand why it didn't grow as fast in Gauteng, especially given that there is an international airport, and there were a lot of international travellers. But it looks like some of the steps that were taken were quite effective in terms of reaching out, doing contact tracing, putting up quarantine sites, he said.