At least 26 dead in bus, truck collision in Kenya's Mombasa

A senior official said the bus, heading to Mombasa, was overtaking several vehicles when it collided with an oil tanker. 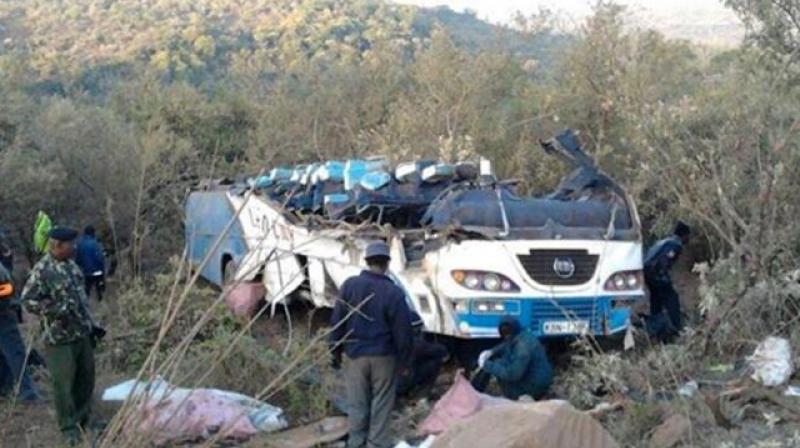 Nairobi: At least 26 people were killed and many others injured in a head-on crash between a bus and a truck on the highway between Nairobi and Kenya's second city Mombasa, police said on Tuesday.

"It was a very bad head-on collision. We lost 26 people in the accident," Leonard Kimaiyo, police chief for the southern town of Kibwezi said.

Another senior officer said the bus, heading to Mombasa, was overtaking several vehicles when it collided with an oil tanker.

Kenya has a poor road safety record, with up to 3,000 people killed each year according to police. The World Health Organization puts the toll at 12,000.

In December at least 40 people were killed an accident around 100 kilometres (60 miles) northwest of Nairobi, in which a tanker smashed into several other vehicles before exploding.