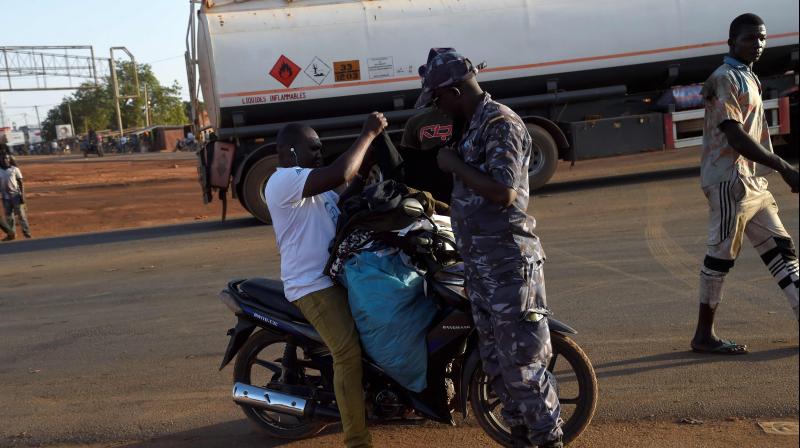 A policeman searches a vendor on a motorbike in Cinkasse, the northern Togo commercial border post with Burkina Faso. (AFP)

Burkina Faso and its neighbours Mali and Niger in West Africa’s semi-arid Sahel zone are battling Islamist insurgencies with links to al Qaeda and Islamic State.

Those groups have been strengthening and expanding their range of operations, leaving coastal countries like Ivory Cost fearful the violence will spill onto their territories.

The joint operation was launched on May 11 with about 1,000 Ivorian soldiers participating from their side of the 580-kilometre (360-mile) border with Burkina Faso, Ivory Coast’s army said in a statement.

The suspected militants were killed in Burkina Faso, the army said, adding that the operation is ongoing.

Jihadist attacks in Burkina Faso, Mali and Niger have escalated dramatically over the past year despite significant military support from former colonial ruler France.

While Ivory Coast has mostly been spared the violence affecting its neighbours, it was the victim in 2016 of an attack claimed by al Qaeda in which gunmen killed 19 people at a beach resort.