In the latest incident police on Friday discovered three lion carcasses, two of them without their heads and paws. 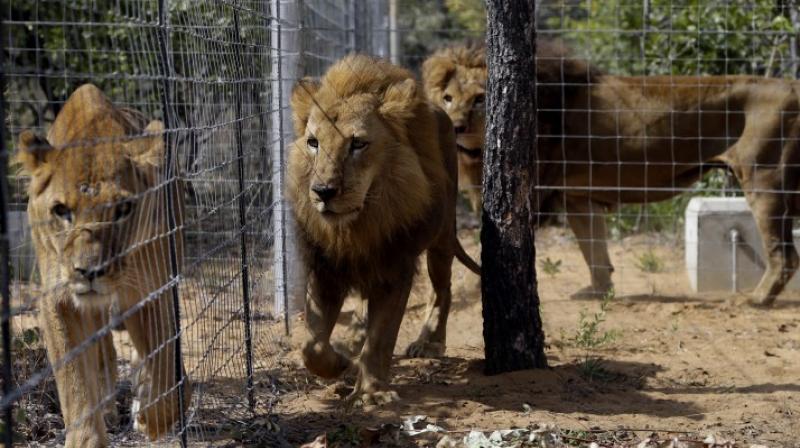 In the latest incident police on Friday discovered three lion carcasses, two of them without their heads and paws. (Photo: Representational Image/AP)

Johannesburg: South African police on Saturday said they had launched an investigation after several lions were found poisoned and beheaded in northern Limpopo province in recent months.

In the latest incident police on Friday discovered three lion carcasses, two of them without their heads and paws.

"The lions were found killed on a farm outside Polokwane-- two males had their heads and paws cut off and taken away," provincial police spokesman Motlafela Mojapelo told AFP.

Police suspect the big cats were killed on Thursday.

"It would seem there is a trend unfolding in the province," he said pointing to three other incidents in recent months involving the killing of at least eight lions.

The poachers "are feeding the lions with poisoned chickens, and that kills them and they start dismembering them."

No arrests have been made yet in connection with the string of killings and the motive so far remains unclear. Local media speculate the killings could be for the cats' body parts which are used in so-called traditional medicine.