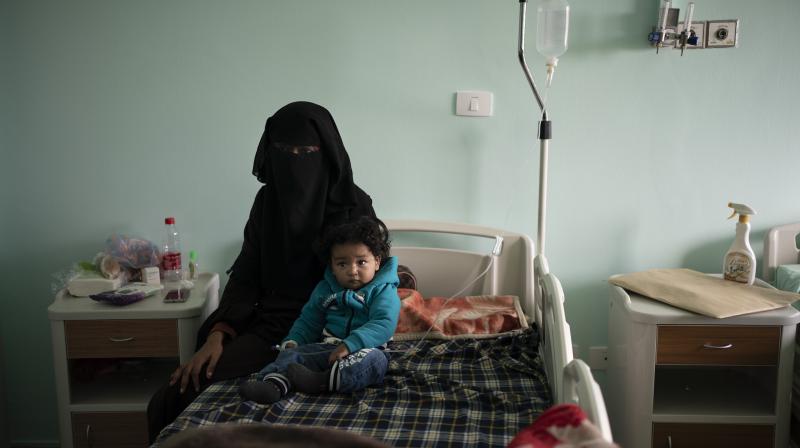 Paris: As Europe and the United States struggle to contain the coronavirus pandemic, aid groups warn that without measures millions could die in low-income countries and war zones such as Syria and Yemen, where hygiene conditions are already dire.

Across Africa, the official numbers are still relatively low with 83 deaths and over 3,200 confirmed cases on Friday, according to the African Union.

But aid groups are sounding the alarm on the potentially devastating consequences of a severe outbreak in low-income and conflict-ridden countries, where healthcare systems are in tatters and hygiene conditions poor.

"Refugees, families displaced from their homes, and those living in crisis will be hit the hardest by this outbreak," said the International Rescue Committee (IRC) in a statement.

Misty Buswell from the IRC said areas like the last rebel-held province in war-torn Syria, Idlib, which was already enduring a humanitarian crisis before the pandemic started, were particularly at risk.

"A lack of food, clean water and exposure to cold weather have already left hundreds of thousands of people in poor health, making them even more vulnerable," said Buswell, adding the devastation in Idlib could be "unimaginable".

After G20 nations pledged $20 trillion for the global economy to counter forecasts of a deep recession, international aid agency Oxfam also said even this was insufficient.

"On the day that Imperial College London has warned that close to 40 million lives could be lost without urgent action, the world's richest governments are still only warming up to the scale of the task," said Chema Vera, Oxfam's interim executive director.

The lack of healthcare infrastructure is another problem faced by poorer countries to deal with the pandemic.

France has 7,000 intensive care beds, compared to 100 or even a dozen in other less well-off nations. "In the most serious cases we won't be able to do anything," said Isabelle Defourny, head of operations at Doctors Without Borders (MSF).