The workers said they sold the drugs to an unidentified businessman, who in turn sold the merchandise to a suspected drug trafficker. 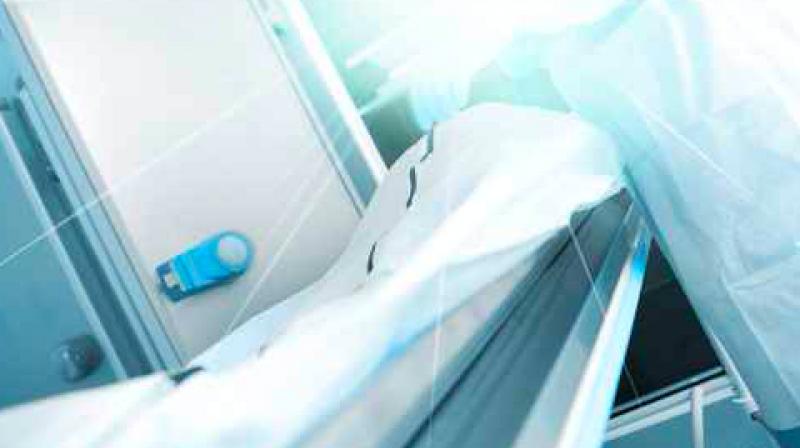 The workers said they sold the drugs to an unidentified businessman, who in turn sold the merchandise to a suspected drug trafficker. (Photo: AP/Representational)

Nairobi: Tanzanian police said on Saturday they have arrested two morgue employees in Dar es Salaam after they admitted to cutting open a dead man’s corpse and stealing the drugs hidden in his stomach.

“The two morgue workers admitted to cutting open the body” a week ago to take the drugs, local police official Simon Sirro said in a statement, adding that the man had died of an overdose.

Drug traffickers regularly employ drug “mules” to transport merchandise by stuffing the drugs in small airtight bags which are then swallowed or inserted in someone’s stomach.

But the technique is hardly foolproof as the bags can be eaten away by stomach acid and cause an overdose -- which is what may have happened to the dead man.

The man, a Ghanaian national, was found dead in a hotel room in Dar es Salaam, Tanzania’s economic capital, and transported to the morgue at Mwananyamala hospital, where the two employees worked, Sirro said.

According to police, the workers said they then sold the 32 drug capsules to an unidentified businessman, who in turn sold the merchandise to Ally Nyundo, a suspected drug trafficker.

Those two men were also arrested, police said, without identifying the drugs.

Africa’s east coast has long been used as a transit point for drugs bound for Asia and Europe.

The so-called Smack Track -- leading from Afghanistan to the Makran Coast of Iran and Pakistan and then across the Indian Ocean to East Africa -- is an alternative to the traditional opium trail via Central Asia and the Balkans.

The path was revealed in 2010 when police busted four Tanzanians and two Iranians with 95 kilogrammes (210 pounds) of heroin in Tanga, northern Tanzania.

In May, Tanzanian drug baron Ali Khatib Haji Hassan, who has been accused by the United States of being at the head of a global cocaine and heroin trafficking network, was extradited to the US.