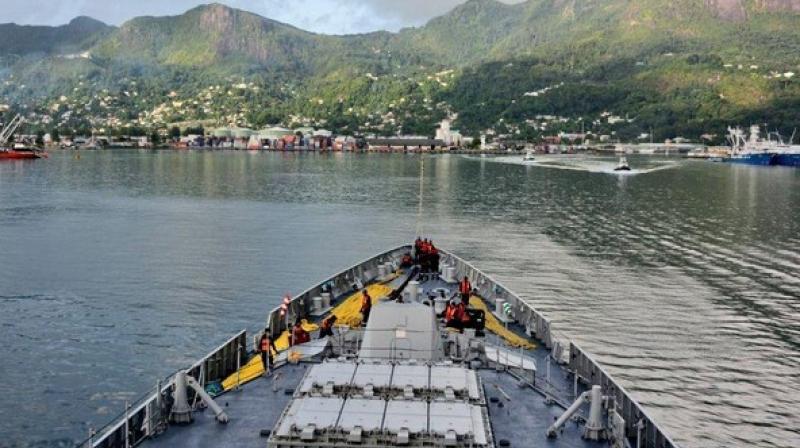 The ships were kept 'Open for Visitors,' amongst whom were Deck Cadets from the Seychelles Maritime Academy. (Photo: ANI)

Ships of the First Training Squadron (1TS) INS Tarangini, INS Sujata, INS Shardul and ICGS Sarathi departed from Port Victoria on April 10, after completing its Overseas Deployment, known as Sambandh 05/18-19, according to a statement issued by the Indian Navy.

During the deployment, the ships had first visited Port Louis, Mauritius before being diverted to undertake relief operations at the Cyclone Idai affected Port Beira in Mozambique.

A number of exercises were undertaken in Seychelles, including a trek along the Morne Blanc Trail and Trois Feres Trail.

The ships were kept 'Open for Visitors,' amongst whom were Deck Cadets from the Seychelles Maritime Academy.

On April 25, Suhag was appointed as the next High Commissioner of India to the Republic of Seychelles.