The pictures depict crushed walls, blazing fires and eviscerated interiors of the seat of the US Dept of Defense. 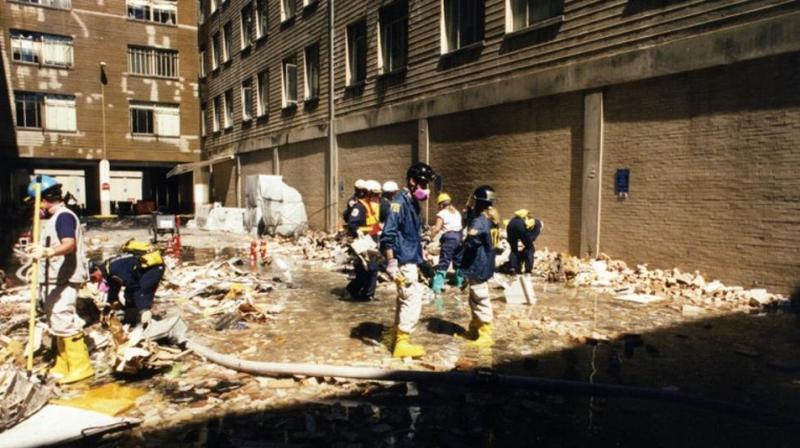 Washington: Never-seen photographs from the September 11, 2001 attack on the Pentagon released by the FBI this week show the massive devastation that faced first responders.

Twenty-seven pictures from that day depict the crushed walls, blazing fires and eviscerated interiors of the seat of the US Department of Defense.

The American Airlines jet that struck the Pentagon was one of four airliners hijacked by Al-Qaeda teams and used as weapons in the deadliest terror attack ever on US soil.

When the Pentagon was hit, two other airliners had already been flown into New York's World Trade Center; the fourth plane crashed in a field in Pennsylvania after passengers rose up against the hijackers. 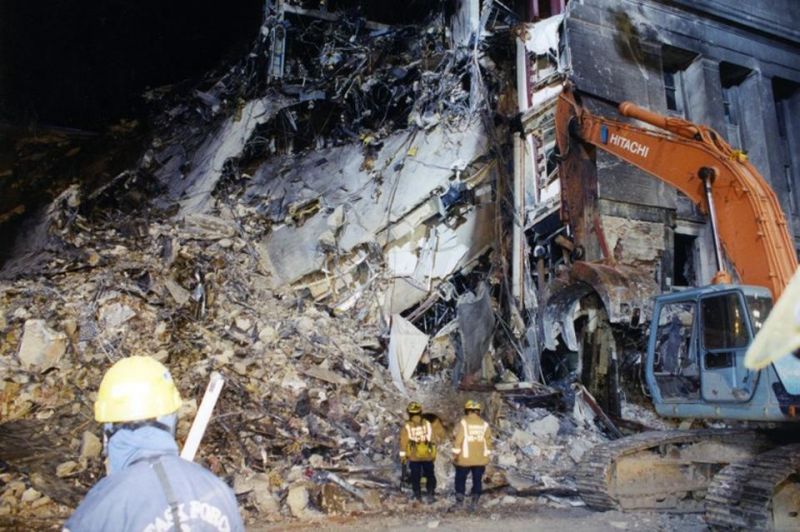 The devastated exterior of the Pentagon after the 9/11 terror attack. (Photo: FBI)

American Airlines Flight 77 out of Dulles International Airport slammed into the Pentagon's western wall, killing all 64 people on the plane, including the five hijackers, and 125 on the ground. 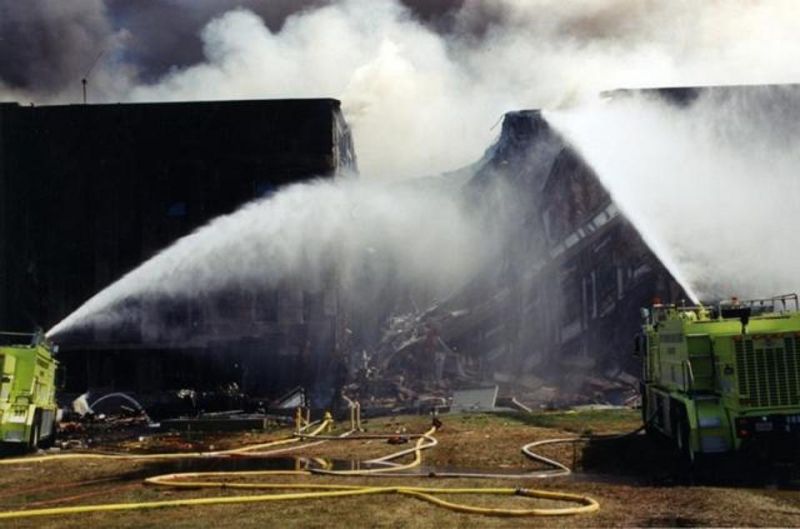 Firefighters douse the flames after the plane slammed into the iconic five-sided building housing the headquarters of the US defense department. (Photo: FBI)

One poignant shot shows an American flag tangled in concrete-and-rebar wreckage being cleared by a tractor.

Another shows rescuers crouched as a blaze consumes part of west side of the building. 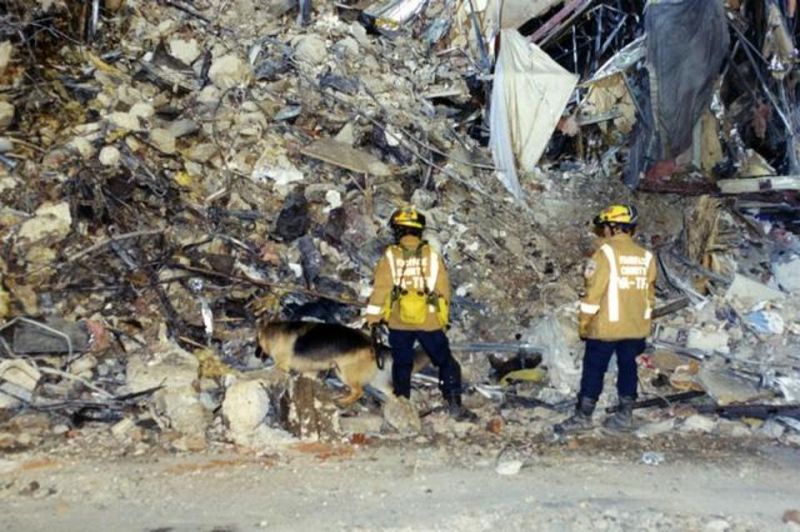 Rescue workers with sniffer dogs make their way through the rubble as they look for survivors. (Photo: FBI)

In another, helmeted and gas-masked rescuers watch as a dog sniffs the rubble in the search for survivors and bodies.

In all, nearly 3,000 people died in the attacks, most of them at the World Trade Center. 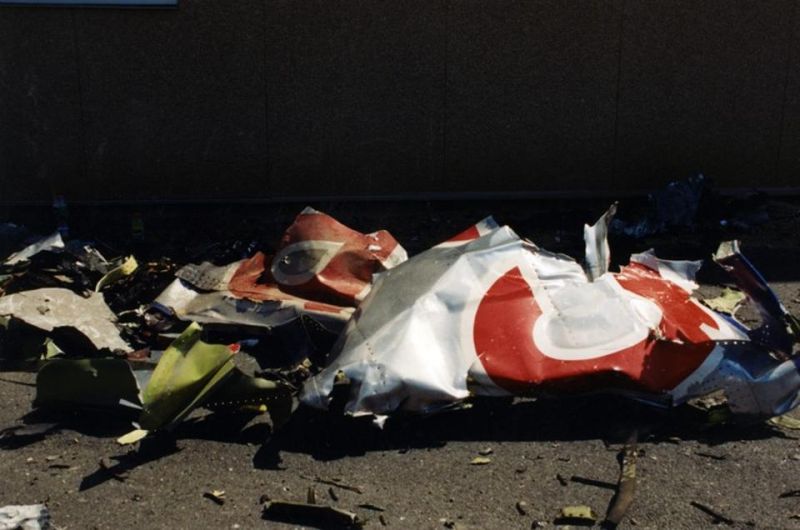 Debris from the American Airlines plane that was used to target the Pentagon. (Photo: FBI)