Michael Flynn fails to sell his ‘story’ to Senate

Sacked NSA sought immunity to testify about ‘ties’ between Trump campaign and Russia. 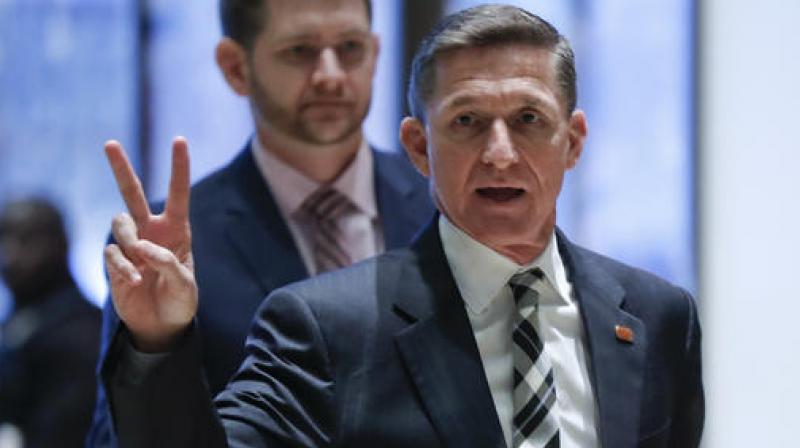 Washington: The Senate Intelligence Committee turned down on Friday the request by former national security adviser Michael Flynn’s lawyer for a grant of immunity in exchange for his testimony.

His lawyer had said on Thursday amid reports that in exchange for immunity, Mr Flynn has offered to testify about potential ties between Donald Trump’s presidential campaign and Russia.

Mr Flynn had proposed his deal to the Federal Bureau of Investigation and the House and Senate intelligence committees, the Wall Street Journal had reported on Thursday night.

Mr Flynn, a close adviser on Mr Trump’s 2016 campaign, was forced to step down as the administration’s national security adviser just weeks into the job last month. His resignation came after it emerged that Mr Flynn made misleading statements about talks he held with Russian ambassador Sergey Kislyak during the presidential transition concerning Washington’s sanctions on Moscow.

The Journal said it wasn’t clear what exactly Mr Flynn had offered to discuss. But it quoted one unnamed official as saying the retired Army General’s bid for immunity suggested potential “legal jeopardy” for Mr Flynn. Robert Kelner, a lawyer for Mr Flynn, had said in a statement tweeted late on Thursday that “General Flynn certainly has a story to tell, and he very much wants to tell it, should the circumstances permit. “Out of respect for the committees, we will not comment right now on the details of discussions between counsel for General Flynn and the House and Senate intelligence committees, other than to confirm that those discussions have taken place.”

The New York Times also quoted a congressional official as saying investigators are wary of cutting a deal with Mr Flynn until they are further along in their probe and have a better idea of what information Mr Flynn might offer.

The Times also quoted an expert as urging caution over Mr Flynn’s offer of testimony. “At this early stage, I wouldn’t read anything into this request beyond smart lawyering,” Mark Zaid, a Washington lawyer was quoted saying .

“In such a politically charged, high-profile national security case, I couldn’t imagine not first asking for immunity,” he added. “I would suspect both Congress and the FBI will first generate additional evidence from smaller players before deciding to immunise General Flynn,” Mr Zaid said, the Times reported.

At least four probes are underway into allegations that Moscow tried to swing the presidential election in Mr Trump’s favour, as questions swirl about whether some in the Republican’s inner circle colluded with Russia.