Murdered US student may have thought car was her Uber ride, say police

Rowland was charged with murder and kidnapping of Samantha, 21, who was last seen outside of Five Points bar in Columbia on Friday. 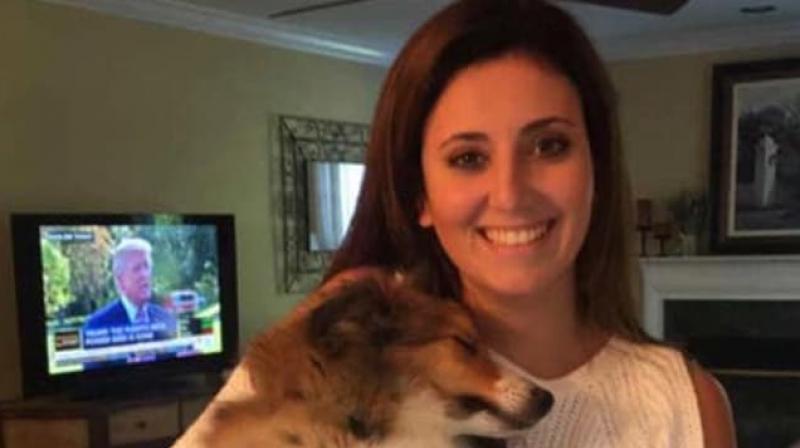 Two hunters found her body in a wooded area along a dirt road in a rural part of a nearby county a few hours after her friends called police, Holbrook said. (Photo: Facebook)

Carolina: A South Carolina man has been charged in the murder of a University of South Carolina student who may have gotten into her killer's car mistakenly believing that it was her Uber ride, police said

Nathaniel Rowland, 24, was charged with the murder and kidnapping of Samantha Josephson, 21, who was last seen outside of Five Points bar in Columbia, South Carolina early Friday morning, Columbia Police Chief William Holbrook said during a news conference on Saturday evening

Her friends called the authorities to report a missing person about 12 hours later after they had not seen Josephson since she left the bar the night before, he said

"We believe that she simply mistakenly got into this particular car thinking that it was an Uber ride," Holbrook said.

"She opened the door, got into it and departed with the suspect driving."

Two hunters found her body in a wooded area along a dirt road in a rural part of a nearby county a few hours after her friends called police, Holbrook said.

"Our hearts are broken. There is nothing tougher than to stand before a family and explain how a loved one was murdered," he said.

"It was gut-wrenching." Her father, Seymour Josephson of Robbinsville, New Jersey, wrote a post on Facebook about his daughter's death.

"It is with tremendous sadness and of a broken heart that I post this! I will miss and love my baby girl for the rest of life," he wrote.

Police received a number leads and were able to determine through video that the vehicle Josephson got into was a black Chevrolet Impala.

Early on Saturday morning, an officer spotted a vehicle matching the description of the car two blocks from the tavern and initiated a traffic stop, Holbrook said.

The officer took the suspect into custody after a short foot chase. The police later found blood and her cell phone along with several cleaning items in his car.

"Blood was also found in the car's trunk," Holbrook said.

Uber Technologies Inc launched a public awareness campaign in July 2017 regarding Uber scams and how riders can avoid getting into the wrong car, suggesting that they check the app to make sure that the car matches the one that they ordered.If the information doesn't match up, do not get into the car, the company wrote on a blog post.