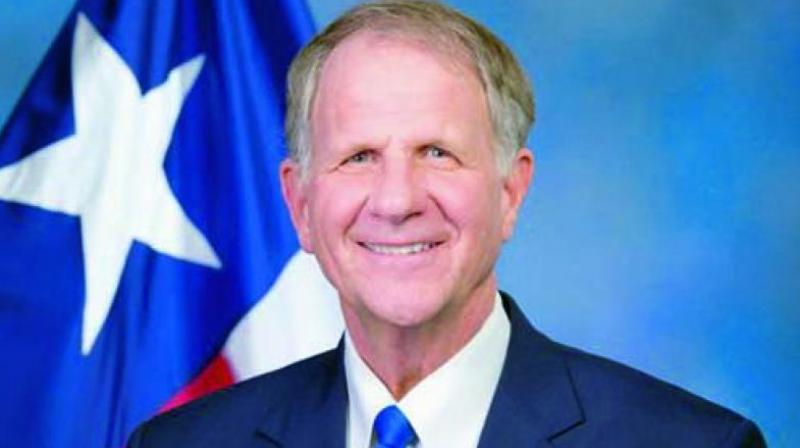 Washington: Pakistan knows it is supporting terrorism, as does the United States and Afghanistan, and therefore, must face the consequences, financial or otherwise for doing so, a member of the United States Congress has said.

In a recent address before the US Congress, Congressman Ted Poe of the Second District, Texas, squarely accused Pakistan of "playing the United States" and insisted that it is high time for Washington to act firmly and put a stop to giving any kind of aid to the former.

Listing three immediate steps to be taken, Poe said, "The United States does not, and should not, continue to give Pakistan money, because the money we give them goes to ISI (Inter-Services Intelligence), and that money goes to support terrorist activity in Afghanistan that kills Americans. Why are we doing this?"

"But we continue to do it, for some reason that I think is absurd. So, the first thing we need to do is cut off the aid to Pakistan. We don't need to pay them to kill us; they will support killing Americans on their own. Cut off the aid," he said.

Describing Islamabad as having a long history of supporting extremist elements and terror activity, that most Americans were not aware of, Congressman Poe said, "Those consequences need to come down to get attention. The longest war in American history continues today, and it is a war supposedly against terrorism."

"But Afghanistan still is a hotbed because of what takes place and supported from Pakistan. The Afghan Government knows it, we know it, and the Pakistan Government knows it. So, there must be consequences. I think Pakistan is found guilty of supporting terrorism, and there should be action by the United States immediately to do these three things," he said.

During his address, Congressman Poe gave a detailed rundown of terror-linked incidents since 2001 when the United States had been made the target, and chose specifically to centre his argument on the role that Pakistan has played in destabilizing the region.

Mention was made of the Taliban and al-Qaida and their goal of not only staging terror attacks, but wanting to seize territory.

Specific mention was made of the Haqqani Network, which he said "is responsible for more American deaths in the region than any of the other terrorist groups that I have already mentioned."

He added, "The Haqqani Network attacks inside Afghanistan, and they have been directly traced back to Pakistan. All roads to terror lead to Pakistan."

He recalled the words of Admiral Mike Mullen, Chairman of the US Joint Chiefs of Staff in 2011, when told the US Senate, "The Haqqani Network acts as a veritable arm of Pakistan's Inter-Services Intelligence agency.''

He described the ISI as the "military arm of the Pakistan Government working with terrorist groups throughout the world."