The sanctions freeze any of Zarif's assets in the United States or controlled by US entities. 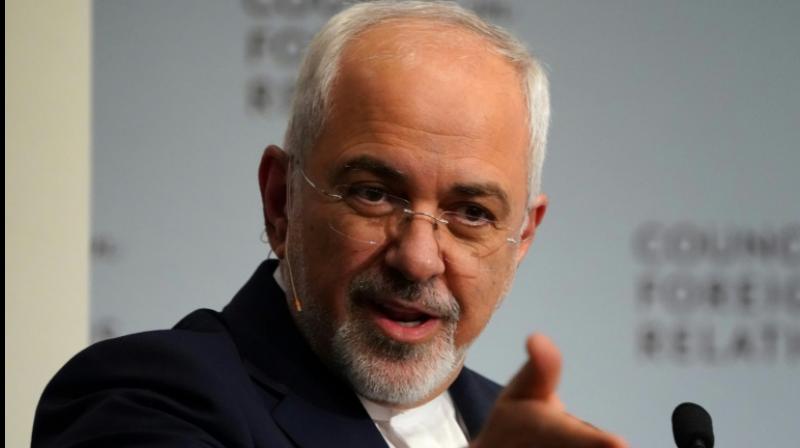 Mohammed Javad Zarif has been at the heart of talks over Iran's nuclear power industry. (Photo: AFP)

The sanctions freeze any of Zarif's assets in the United States or controlled by US entities, the government announced, saying it also will curtail his international travel.

"Zarif implements the reckless agenda of Iran's Supreme Leader and is the regime's primary spokesperson around the world. The United States is sending a clear message to the Iranian regime that its recent behavior is completely unacceptable," Treasury Secretary Steven Mnuchin said in a statement.

The designation of Zarif under the same sanctions earlier applied to Iran's supreme leader Ayatollah Ali Khamenei is the latest blow by President Donald Trump to the Obama administration's attempt to end nuclear tensions through negotiations.

Zarif has been at the heart of complex talks with foreign capitals over Iran's nuclear power industry, which Tehran says is peaceful, but Washington and regional allies including Israel insist is cover for a secret weapons program.

Britain, France, and Germany issued a joint statement over fears the Iran nuclear deal could collapse

The European nations said they were preoccupied with the escalation of tensions in the Persian Gulf region and urged for a dialogue between all parties involved in the deal, that was signed on this day four years ago.

But a senior Trump administration official said that Zarif's diplomatic image -- bolstered by his fluent English, self-effacing humor and background as a US-educated academic -- was false.

"The key issue is that he has had this veneer... of being the sincere and reasonable interlocutor for the regime. Our point today is that he is no such thing," the official said on condition of anonymity.

Zarif shot back, tweeting that Washington is trying to silence Iran on the international stage.

"The US' reason for designating me is that I am Iran's 'primary spokesperson around the world' Is the truth really that painful?" he tweeted.

In addition to attempting to freeze assets, Washington will also squeeze Zarif's ability to function as a globe-trotting diplomat. He is expected to be able to continue to visit the United Nations in New York, albeit under tight restrictions.

"The United States will continue to uphold our obligations," the administration official said.

In mid-July, Secretary of State Mike Pompeo said that Zarif would be issued a visa but would be limited to the area reaching six blocks around the UN headquarters.

With tensions escalating in June, Trump says he issued a last-minute cancelation of military strikes on Iran after it shot down a US drone.

Critics question the legal or diplomatic rationale for targeting Zarif, however, saying that sanctions will all but end the possibility of dialogue.

The senior administration official insisted that Washington still wants talks -- only not with Zarif.

US diplomats "do not consider him to be our primary point of contact," the official said. "If we do have official contact with the Iranians, we want someone who is a significant decision-maker."

Pompeo recently told Bloomberg he'd "happily" travel to Tehran. However, he said his goal would be to tell the Iranian people "what it is their leadership has done and how it has harmed Iran."

Zarif, meanwhile, sought to minimize the impact on him of the sanctions, tweeting that they have "no effect on me or my family, as I have no property or interests outside of Iran. Thank you for considering me such a huge threat to your agenda."