Suspect in Manhattan attack an Uzbek migrant who drove for Uber

29-year-old Sayfullo Saipov was involved in trucking-related infractions and a warrant was issued against him in 2016. 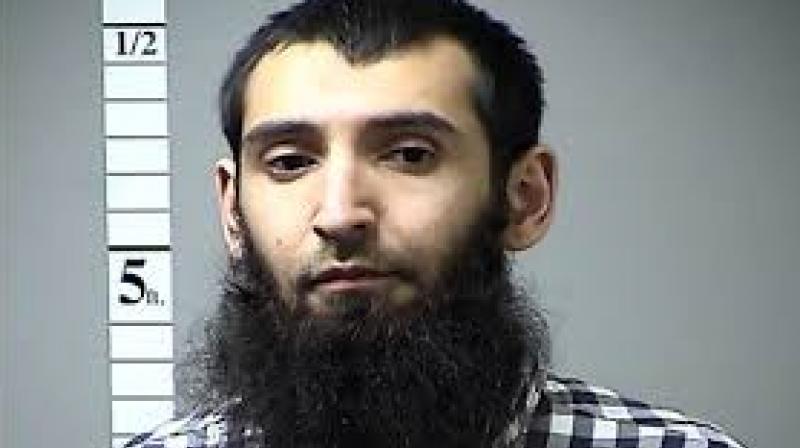 New York: Police say the attack that transformed a popular New York City bike path along the Hudson River into a scene of terror was perpetrated by a lone man they consider a terrorist.

A family friend described the suspect as calm and hard-working, while President Donald Trump derided him as “sick and deranged.” A picture of the man’s life only just began to emerge in the immediate hours after the Tuesday attack that killed at eight people and injured 11 more.

A look at what is known about Sayfullo Saipov:

Officials who were not authorised to discuss the investigation and spoke on the condition of anonymity identified Saipov as the attacker and said he is 29 and originally from Uzbekistan.

He came to the US legally in 2010, the officials said, and it is believed that he lived first in Ohio after his arrival.

An acquaintance, Dilnoza Abdusamatova, said Saipov briefly stayed with his family in a Cincinnati suburb upon immigrating.

“He always used to work,” Abdusamatova told The Cincinnati Enquirer. “He wouldn’t go to parties or anything. He only used to come home and rest and leave and go back to work.”

Authorities said Saipov had a Florida driver’s licence and some public records showed an address for him at a Tampa apartment complex.

Michael Roberts, 30, an overnight shift worker, said he was asleep when the agents showed up at about 5:30 pm but that they interviewed his cousin. He said both he and his cousin had moved in only a week ago and had never heard of Saipov.

A friend who met Saipov in Florida, Kobiljon Matkarov, told The New York Times and the New York Post that he seemed like a “very good guy.”

Officials said Saipov was living recently in New Jersey, where he allegedly rented a Home Depot pickup truck an hour before driving it onto the bike path.

On Tuesday night, police investigating the deadly rampage surrounded a white Toyota minivan with Florida plates parked in the parking lot of a Home Depot in Passaic, New Jersey.

The van was parked near the company’s rental trucks.

The ride-hailing company Uber said Saipov passed its background check and drove for the service for six months, making more than 1,400 trips.

The company said it banned him from the service after the attack. It said it was in touch with the FBI and offered its assistance and that it was reviewing Saipov’s driving history but found no related safety reports.

Records show Saipov was a commercial truck driver who formed a pair of businesses in Ohio.

The first business, Sayf Motors Inc., used the address of a family friend near Cincinnati with whom Saipov had stayed for a couple of weeks after his arrival in the country.

The second, Bright Auto LLC, used an address near Cleveland.

According to the records, a warrant was issued for Saipov’s arrest in April 2016 when he missed a hearing on a misdemeanour for not having the right brakes on his vehicle. He resolved the case in November 2016 by pleading guilty and paying $200 in fines and court costs.

No social media accounts linked to Saipov emerged immediately after the attack, but there were possible clues to his personal life.

A marriage licence filed in Summit County, Ohio, lists a man by the name of Sayfulloh Saipov marrying Nozima Odilova on April 12, 2013. It lists the same Cleveland-area apartment noted as the headquarters of Bright Auto LLC.

The licence lists Saipov as a truck driver. His wife is about six years younger. Both list Tashkent, Uzbekistan, as their hometown.