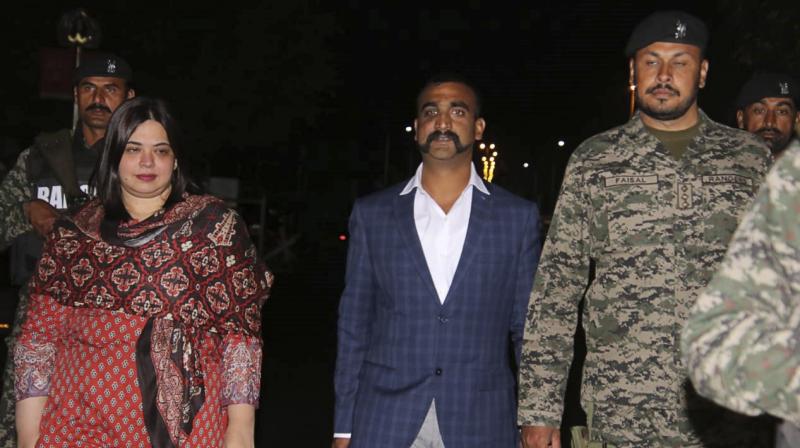 The IAF Wing Commander returned to India from Pakistan on Friday to a hero's welcome. (File Photo)

United Nations: UN Secretary-General Antonio Guterres has welcomed the return of Indian Air Force pilot Abhinandan Varthman from captivity in Pakistan and called on the two countries to sustain the "positive momentum" and engage in further constructive dialogue.

The IAF Wing Commander returned to India from Pakistan on Friday to a hero's welcome, nearly 60 hours after he was captured following a dogfight when his MiG 21 was shot down.

"UN chief Guterres welcomes the news of the release of the Indian pilot by Pakistani authorities," his spokesperson Stephane Dujarric told PTI when asked about the Secretary-General's response to the development.

"The Secretary-General calls on both parties to sustain this positive momentum and engage in further constructive dialogue. His good offices remain available should both sides agree," Dujarric said.

Varthaman's release was being watched with bated breath across India as the IAF pilot was accorded a hero's welcome as he crossed onto India through the Wagah Border. The IAF pilot's release was seen as a major step towards defusing a near-war situation triggered by India's retaliation over Pakistan's continued support for terrorism.

Tensions between India and Pakistan flared up after a suicide bomber of Pakistan-based terror group Jaish-e-Mohammed (JeM) killed 40 CRPF personnel in Kashmir on February 14. Amid mounting outrage, the IAF carried out a counter-terror operation, hitting what it said was a JeM training camp in Balakot, deep inside Pakistan on February 26.

The next day, Pakistan retaliated with a large air formation, comprising 24 fighter jets, including F-16s. Varthaman was in one of the eight MiG-21s that took on the invader and shot down an F-16, according to officials.

During the dogfight, his plane was hit and he bailed out, landing in Pakistan-occupied Kashmir, where he was taken into custody by the Pakistani army.

On Thursday, Pakistan Prime Minister Imran Khan told a special joint sitting of Parliament that his government was releasing the pilot as a "peace gesture".

However, India has been maintaining that the Pakistani decision is in consonance with the Geneva Conventions.