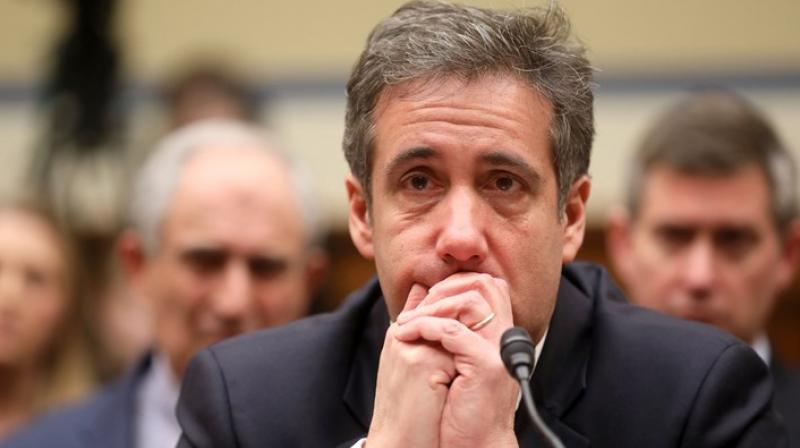 Trump contradicted his scathing testimony to Congress this week. (Photo:AP)

"Wow, just revealed that Michael Cohen wrote a 'love letter to Trump' manuscript for a new book that he was pushing," Trump tweeted Friday.

"Book is exact opposite of his fake testimony, which now is a lie!" "Michael Cohen's book manuscript shows that he committed perjury on a scale not seen before."

Cohen, who worked for the president for a decade as his top "fixer" at the Trump Organization, assailed his ex-boss as "a racist... a conman... a cheat" in testimony Wednesday to the House Oversight Committee.

But in a book proposal Cohen sent to publishers in early 2018 -- before he was sentenced to three years in prison for crimes related to his work for Trump -- the attorney promised a glowing picture of the real estate billionaire.

The manuscript was titled "Trump Revolution: From the Tower to the White House, Understanding Donald J. Trump" - and according to the Daily Beast, it was aimed at offsetting books deeply critical of the president.

The book proposal was pulled back after FBI agents raided Cohen's home and offices in April 2018 in an investigation that spanned the attorney's taxes as well as hush payments he arranged for women who claimed affairs with the president.

Over the following months Cohen went from being a close ally of Trump to a foe, providing evidence that the president ordered him to make one hush payment and repaid him for it in a plea deal with prosecutors.

Trump scorned him as "a rat." Cohen eventually pleaded guilty to felony charges of misuse of campaign funds in the hush payment, tax evasion and lying to Congress. In five hours of testimony Wednesday, he compared working for Trump to working for a "mobster."

Republican lawmakers however attacked Cohen as an unreliable witness, citing his earlier false testimony, and accused him of trying to cash in on his work for Trump with book and film deals. Cohen said there were no deals in the works, but confirmed he had been approached and was open to the idea.