As mandated by the Congress, the US Citizenship and immigration Services (USCIS) can issue up to 65,000 H-1B visas. 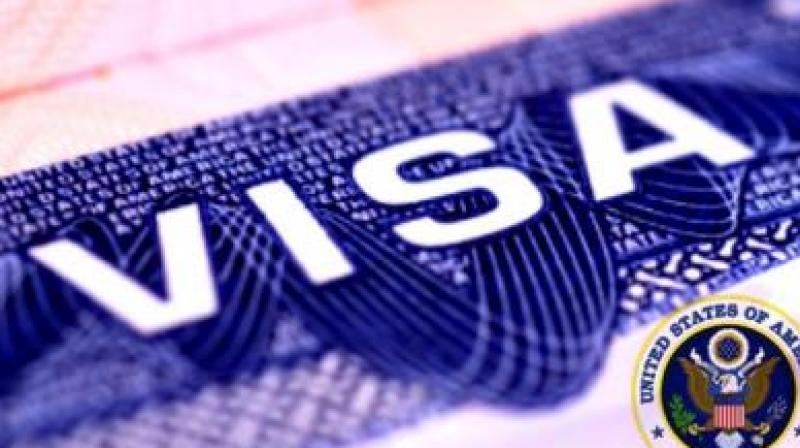 A clarification memorandum from the USCIS came in response to a petition in this regard by Leena R Kamat from California who temporarily sought to employee people under H-1B visas having higher education. (Photo: Representational/AFP)

Washington: The US said on Friday that in order to qualify for an H-1B numerical cap exemption based upon a master's or higher degree, the conferring institution must have qualified as a "United States institution of higher education" at the time the beneficiary's degree was earned.

As mandated by the Congress, the US Citizenship and immigration Services (USCIS) can issue up to 65,000 H-1B visas, the most sought-after by Indian IT professionals, every year.

In addition to this, another 20,000 foreign students having masters or higher degree from a US institute of higher education are exempted from the 65,000 Congressional limit.

A clarification memorandum from the USCIS came in response to a petition in this regard by Leena R Kamat from California who temporarily sought to employee people under H-1B visas having higher education.

The Director of the California Service Center denied the H-1B petition, concluding that the beneficiary did not qualify for the claimed master's cap exemption.

More specifically, the Director determined that the degree-conferring institution was not accredited at the time it awarded the beneficiary's master's degree, and thus the beneficiary had not earned his degree, as required, from a

"United States institution of higher education". As per the US memorandum dated May 23, which was released to the press today, the USCIS ruled that the H-1B applicant had earned his degree from the International Technological University (ITU), in California, on December 31, 2010, before the university obtained its pre-accreditation or accreditation status.

The record contains a letter from ITU, stating that the Accrediting Commission for Senior Colleges and Universities of the Western Association of Schools and Colleges (WASC) granted ITU "Candidacy status" in 2011.

In April, US President Donald Trump signed an executive order for tightening the rules of the H-1B visa programme to stop "visa abuses". Trump said his administration is going to enforce 'Hire American' rules that are designed to protect jobs and wages of workers in the US.

The executive order also called upon the Departments of Labour, Justice, Homeland Security, and the state to take action against fraud and abuse of our visa programmes.