Sellin tweeted that Sanders is totally ignorant about Kashmir and his statement was due to the prodding of Shakir. 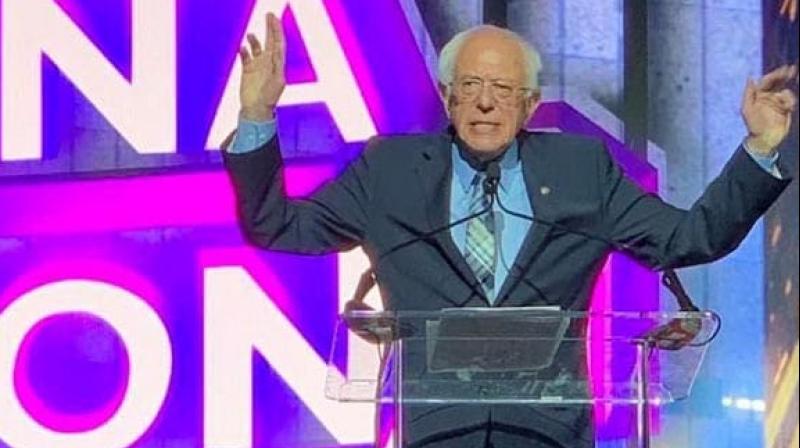 Washington: Reacting to Sanders’ remarks that termed India's action in Kashmir as "unacceptable" to his cheering Muslim audience in Houston, Veteran US Army Colonel Lawrence Sellin on Monday said that Sanders' statement was likely influenced by his Pakistani-American campaign manager and Muslim activist, Faiz Shakir.

But according to Sanders told a gathering of Muslims that he was "deeply concerned" about the situation in Kashmir and asked the US government to "speak out boldly in support of UN-backed peaceful resolution to resolve the issue.

Addressing the annual convention of the Islamic Society of North America in Houston on Saturday, the 77-year-old leader also sought an immediate end to the communications blockade in Kashmir, reported news agency IANS.

"I am deeply concerned about the situation in Kashmir," Sanders said while addressing one of the largest Muslim gatherings in the country.

He also tweeted: "India's action [in Kashmir] is unacceptable and the communications blockade must be lifted immediately, and the US government must be speak out boldly in support of international humanitarian live and in support of a UN backed peaceful resolution" @BernieSanders #isnacona

Sellin, a veteran of the Afghanistan and Iraq war, tweeted that Sanders is totally ignorant about Kashmir and his statement was due to the prodding of Shakir.

"Bernie Sanders couldn't find Kashmir on a map if it was colored with a bright blue Crayon. That statement was likely influenced by his Pakistani campaign manager & Muslim activist, Faiz Shakir, who may be aggressively promoting pro-Pakistani positions," he posted.

A day ago, reacting to Imran Khan's opinion piece in the NYT, where he had threatened the world with the spectre of a nuclear war over Kashmir, Sellin had tweeted: “Lunatics as leaders with tens of thousands of home-grown terrorists & nuclear weapons. Precisely the reason Pakistan needs to be de-nuclearized & broken up into less dangerous pieces.”