The US President said he would be visiting Las Vegas on Wednesday to meet first responders and families. 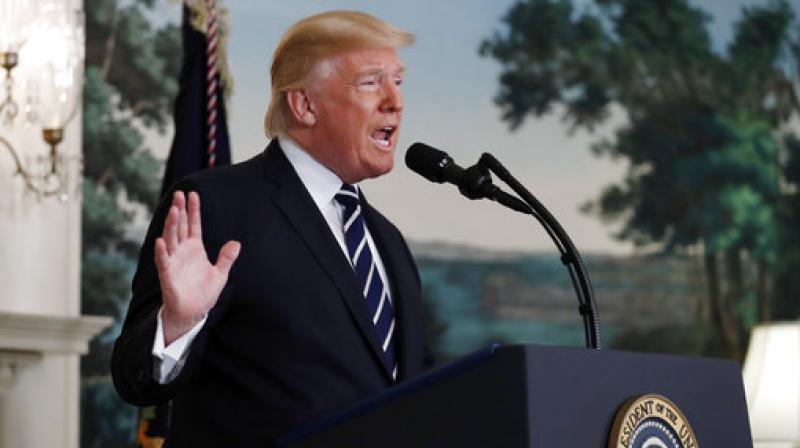 Washington: US President Donald Trump called the shooting at Las Vegas an act of pure evil.

The US President said he would be visiting Las Vegas on Wednesday to meet first responders and families.

Trump thanked the Las Vegas Metropolitant police department and all of the first responders to save the lives of many.

The US President said he has directed flags to be flown at half-staff in memory of victims of shooting.

At least 50 people were killed and over 400 were injured when a gunman opened fire at fans at a US country music concert at the Las Vegas Strip.

Islamic State has claimed responsibility for the shooting.

The gunman, who police said was a local resident identified as Stephen Paddock, 64, was killed after being "engaged" by officers who responded to report of gunfire from the 32nd floor of the Mandalay Bay, a hotel-casino next to the concert venue.

Thousands of fans were attending the concert next to the Mandalay Bay which was part of a three-day country music festival known as Route 91.